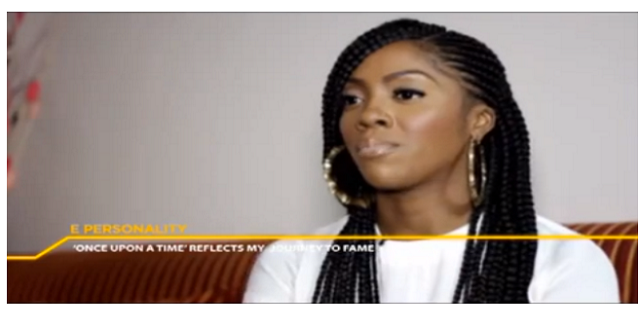 Things Tiwa Savage told E! VIP Series – Tiwa Savage is definitely going places and she continues to show the world that African music has a lot to offer. The beautiful singer who was featured on entertainment channel, E! for its new show tagged the ‘E! VIP series’ – a mini documentary on some of Africa’s best entertainers.

On the episode which features the Mavin first lady, she talked about a wide range of topics, such as her humble beginnings, her relationship with former manager/estranged hubby, Tee Billz, being a mother, the legacy she wants to leave behind and more.

Here are 10 things we learnt from the revealing documentary ;

1 Tiwa’s mum once thought she might be gay due to her tom-boy nature while growing up.

2. Her parents vehemently stood their ground against her decision to nurse a musical career as a young child.

“Since I was a kid, I knew I wanted to be an entertainer but African parents they were like No. Choose one. Doctor, Lawyer, Engineer or one of those ones. Music is not an option. So I had to go to school to study business and accounts.”

Tiwa’s dad who was also featured in the documentary confirmed her passion for music at a young age and said he gave her a condition that if indeed music was her calling, she would have to get a first degree in a professional course.

He said, “She has always wanted to do music and go into music. Growing up, she used to organise musical shows for all the children in the estate and she will lead the group. So my condition was that if you want to go into music, you must have your first degree, finish your secondary education, go to university and after that you can go into music.”

Unbelievable! Read why seven Buhari’s ministers may leave his cabinet