12 Celebrities you didn’t know are from the same family – this will shock many! (With Pictures) 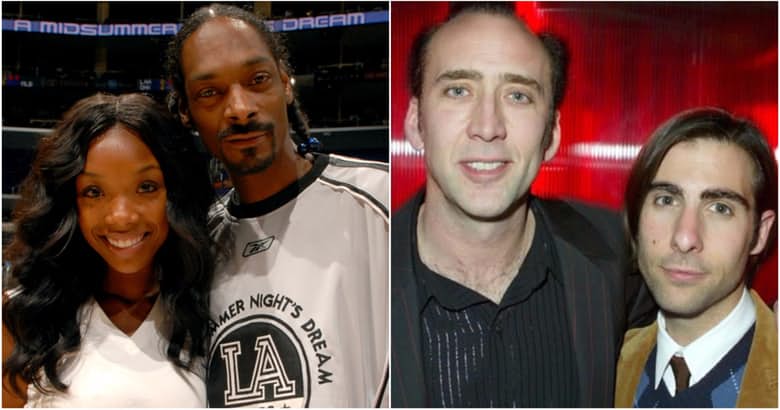 Celebrities you didn’t know are from the same family – There are a whole lot of famous people in Hollywood, and sometimes it can be difficult to keep track of everyone. Can you tell the difference between Matt Damon and Brad Pitt? What about Mary-Kate and Ashley Olsen? Oh, and now their younger sister Elizabeth Olsen is on the Hollywood scene, so don’t forget her either. Hollywood siblings and family members may not be as rare as you previously thought. After all, we have Dakota and Elle Fanning, Julia and Emma Roberts, and Liam and Chris Hemsworth.

BUT! You probably don’t know about the famous family relationships featured on our list of 12 Celebrities You Didn’t Know Are Related. Get ready to realize all of the embarrassing brain farts you’ve made by not realizing that certain actors and artists were family!

Sometimes you can notice the family resemblance in terms of physical attributes, such as hair and eye color, or even facial structure and body shape. Or there could be similarities in mannerisms and career paths. And then there are times when you don’t even realize that two celebrities with the same last name are related! It’s crazy!

There really are too many people on our planet, and seeing all of the similarities and connections in Tinsel Town will definitely make your head spin. And get this: there is even a celeb on our list who has connections to the royal family in England! Yes, we’re serious! If you have ever played the game Six Degrees of Kevin Bacon, then you will know that you can find connections between just about anyone. Yet this list will give you a total brain freeze with its family revelations.

Pretty much everyone has heard of James Franco, but what about…Dave Franco? Dave is the younger brother of James, and like his big bro, Dave is also in the acting scene. Maybe there is only room for one Franco in Hollywood, because poor Dave has had trouble breaking out into film and TV roles. While James has starred in hits such as 127 Hours, The Interview, and Pineapple Express, Dave managed some cameo appearances and a supporting role in 21 Jump Street. Dave admitted that in the past, he did feel some resentment that his older brother was more famous and successful than he was. However, now he is fully matured and he realizes that they both have their own life paths. Dave will continue doing what he loves, and if he never reaches the same level of fame as James, that’s A-OK. We personally wish Dave all the luck in the world!