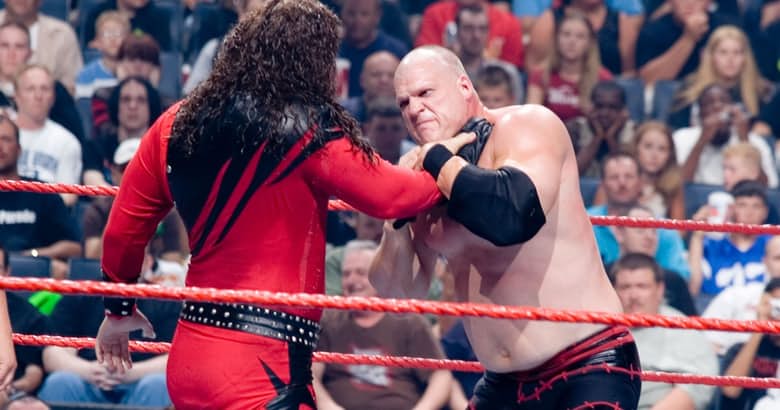 10. Who Was Almost Going To Beat The Streak

The most legendary streaks in WWE was The Undertaker’s undefeated streak at WrestleMania, which was broken by Brock Lesnar after twenty-one consecutive victories. However, serious consideration was given to end the streak nearly a decade previously.

It was just before WrestleMania 21 when two unlikely men were considered to be the frontrunners to end the iconic streak. It should be noted that the streak would have ended in a tag team match rather than a singles match.

The Brothers of Destruction, consisting of Kane and The Undertaker, were going to face Snitsky and Heidenreich. The idea was shot down when Kane got hurt, plus at the time both Snitsky and Heidenreichweren’t considered the safest of opponents to be in the ring with, which contributed to The Undertaker not wanting to work with them. Taker ultimately faced Randy Orton and was victorious in the end.