Top 5 most notorious criminals in Nigeria’s history (With Pictures) 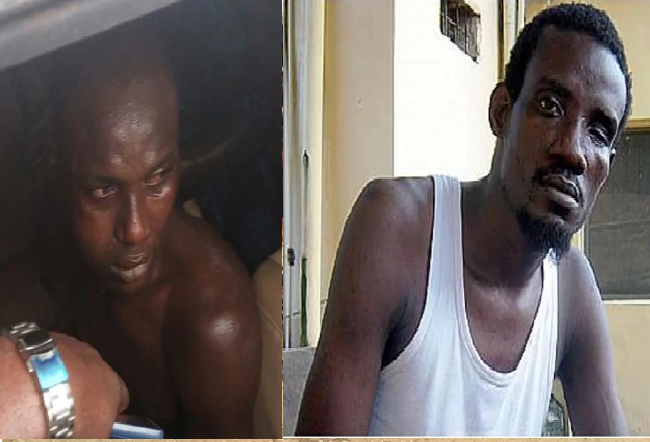 The number 5 position is jointly shared by two notorious criminals who for too long terrorized Lagos state,

Baddo and Godogo. Baddo was infamous for molesting children and women, with robbery as part of the crimes that made him dreaded within Ikorodu.

For too long, this notorious criminal terrorized residents of Ikorodu and there seemed to be nothing the police could do to keep him behind bars, for the police would always release the deadly miscreant some days after they apprehend him. This continued until sometime in June when the police released him after a brief stay in their custody.

The residents of Ikorodu reportedly mustered courage lynched Baddo and set him ablaze, they will have no more of his terror.

On his part, was a prominent armed robber in the South-western part of Nigeria who eluded security operatives over the years, killing and miming many who he came in contact with.

Abiodun Egunjobi popularly known as Godogodo, rose from being a slum boy to being the leader of a gang that defied all reasons, struck with precision, killed without mercy and terrorised Lagos residents and others within the south-west region.

Reports suggest that before his arrest on August 1, 2013, Godogodo, also known as the one-eyed assassin, gave the Lagos state police command so much headache for 14 years, so much so that on the day he was arrested, the command erupted in joy: at least its men would be safe from his guns.

Originally from Ogun state, Egunjobi was on the wanted list of the police for over 10 years and the way he managed to evade the police still remains legendary. In fact, he was at a time, on the top of the most wanted list of the command with several police commissioners assigning the toughest of cops on his trail.

Godogodo allegedly went for operations with a bag containing 10 fully loaded AK 47 rifles with 30 rounds of ammunition each and as such, he was fully prepared in terms of weapons on his back.

It was gathered that Godogodo used to tell his gang members that he would never be arrested alive and had vowed to go down with as many policemen as possible on the day he is unable to escape arrest. ‘

This vow was later found to be real, as anti-robbery detectives recovered several loaded AK47s, each with 60 rounds of live ammunition, from different parts of his residence, including the kitchen, bedroom, bathroom, sitting room on the day of his arrest.

He was so good at disguising his criminal activities that even his wife and family members never knew what he was into. He had six houses in different locations including Lagos, Ogun and Ondo States, and never stayed in a particular location for more than a month.

Manchester United fans attack Jose Mourinho after losing to Watford – You need to see this!