12 most despicable acts committed by Pablo Escobar – This will shock you! (With Pictures) 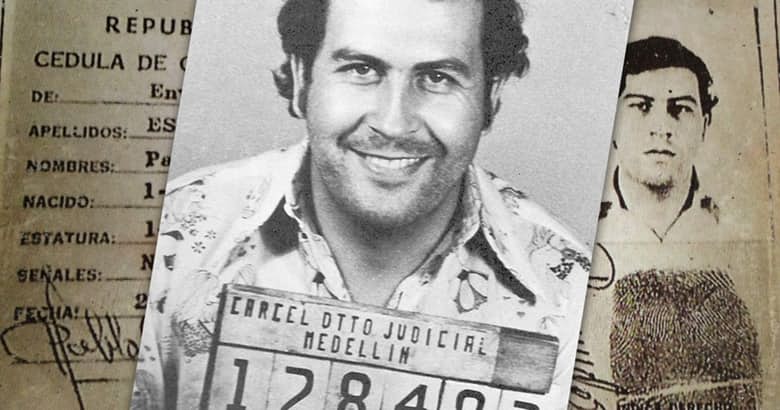 Pablo Escobar – Pablo Escobar was considered to be the “King of Coke.” He was one of the most notorious drug lords in all of Colombian history. If you haven’t tuned into the Netflix original series, Narcos, you should be ashamed of yourself because you are really missing out. The show is hugely popular, and it gives a bird’s eye view into a maddening world. It is currently in its second season, and takes viewers through the life of Pablo Escobar and how he became the monster he’s known as today. I

t’s a must-see show that stars Maurice Compte, Boyd Holbrook and Wagner Moura. Pablo Escobar was a genius and employed various ways of getting cocaine into the US, such as soaking jeans in liquid cocaine and then shipping them through customs.

You get to see how he rose to the top to become a drug lord and the overwhelming fear he caused in many people. With very little effort it seemed he ruled a far-reaching and complicated drug trade and had no problem killing anyone that got in his way. He massacred thousands of people in his quest to rule the drug trade and eluded the DEA for many years.

Pablo Escobar started from nothing. He was a poor man and in a few decades he eclipsed every other drug kingpin in history and grew to be one of the most powerful men in the world. Throughout his career as a drug lord, he committed many crimes, some more staggering than others. He devastated many lives and never once lost a night’s sleep over it.

Check out the list below to discover the most despicable acts committed by Pablo Escobar during his career as a drug lord.

12. He Killed His Competition

The demand for cocaine in the United States was astronomical in the ’70s and ’80s, but Escobar was not the type of businessman to want to share his profits with anyone.

If he had all the power, he could become untouchable. There was a lot of money to be made, and he knew the empire he could build if he removed a few key players. It was Escobar’s goal to rise to the top, and he wanted to be the only show in town. In order to make that happen, Pablo took it upon himself to murder the original Medellin drug smuggler, Fabio Restrepo.

From there he took over the men that once worked for Fabio and became the only drug lord in Colombia. It wasn’t until much later that a rival cartel came into the picture. It would be the first time that Pablo would be threatened to lose what he had built over decades.

The 12 most touching moments in Game Of Thrones (With Pictures)