12 things you can only see in Dubai (With Pictures) 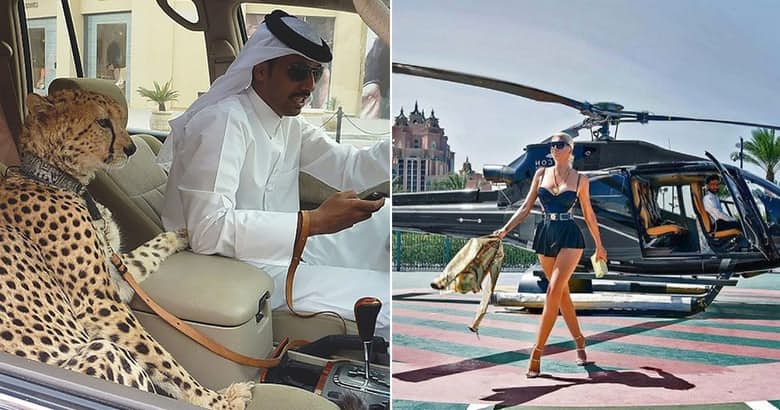 Things you can only see in Dubai – Dubai is a paradise of man-made wonders in the desert filled with glittering ultra-modern architecture, luxury shopping, and a nightlife scene that legends are made of. From the shimmering skyscrapers that create its unique skyline to the Dubai Fountain, whose sparkling water show is choreographed to music, everything seems designed to blow the mind and dazzle the senses. Citizens are outnumbered by foreigners in this cosmopolitan oasis by six to one. Throughout the globe, Dubai is known as a one of a kind destination for travelers, along with the cultural and financial center of the United Arab Emirates (UAE).

It’s located on the coast of the Arabian Peninsula and was first settled around 1833 by the Bani Yas tribe, led by the Al Maktoum Family who still rule the city today. Dubai’s growth spurt is relatively recent, however, which is why everything in the sparkling city seems so shiny and new

To say that there’s a lot of money in Dubai is a gross understatement. With oil prices dropping over the last few years, it actually makes up a smaller and smaller percentage of Dubai’s state revenues. More and more, it’s about charges for government services, licensing fees and tolls that take advantage of the more than 1.4 million vehicles registered in the city and the horrendous traffic congestion they create.

The Dubai Mall, which sees about 80 million visitors a year, is another huge cash cow for government coffers. Tourism is the latest growth area, with over 14 million foreign visitors in 2015. Whatever the source, the influx of money has resulted in an explosion of creative excess, forging a new round of projects on the kind of unparalleled scale that has made Dubai into a place like none other in the world.

Check out our list of the 12 outrageous things that could only happen in Dubai, and see all the unique experiences that come from this magical city in the desert. Of course, not everyone in Dubai is super rich. Recent immigrants often earn salaries of only a few hundred dollars a month, and even many government employees see minimal earnings.

However, there’s no sales or income tax, and a financial climate that has obviously resulted in a high concentration of wealthy people and their kids. RichKidsofDubai is an Instagram account that gives the general public a glimpse into the lives of the rich and spoiled teens of Dubai.

They take the Ferrari (or Land Rover or Porsche) to the drive-thru and when traffic’s too inconvenient, they fly around town on private helicopters. It’s not unheard of to see a helicopter transporting a luxury car across town to leapfrog over the congested streets. After all, who wants to get caught up in the working class drudgery of traffic when your only goal in life is to be fabulous?