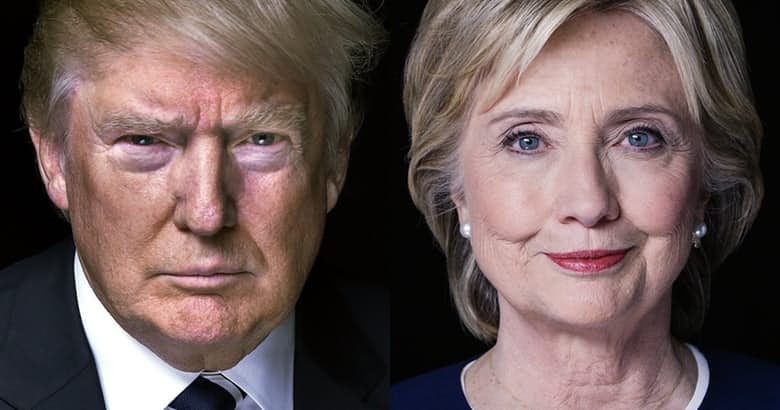 Celebrities supporting Donald Trump – The current Presidential election is already one of the most bizarre in American history. November 8th will be the date we witness history as the two polarizing candidates battle to become the leader of the free world.

Voters are split with both sides having passionate supporters but many having apathy towards both candidates. Businessman and reality television star Donald Trump has somehow become the Republican candidate through his loud talking points and appeal to specific sect of Americans. Many believe his views are racist, sexist, xenophobic and anti-LGBT. Some of those controversial stances are why he is popular to many of his audience.

Hillary Clinton is representing the Democratic side after many years of trying to get to the Presidency. As the former First Lady and a lifelong politician, Clinton has the experience advantage. The issue is many believe she’s made past mistakes in office that prove she won’t be a competent President.

There’s a growing popular belief that this is the worst election in recent memory. While both have a fair share of detractors, their supporters speak up loudly on their behalf. Much like the average American, celebrities have to vote and they have used their platforms to endorse their candidate. We’ll view some of the bigger names to show support for each Trump and Clinton.

As the biggest star in wrestling history, Hulk Hogan still finds his name in the news. Hogan has gone on the record that he is supporting Donald Trump in his bid to become United States President. The former WWE legend actually tried to get on the ticket as a Vice President candidate. It sounds ridiculous that a former wrestler that has recently been in the news for making racist comments could be Vice President, but just look at Trump’s resume before running for office.

Trump has a history with WWE appearing on WrestleMania 23, as well as working with Hogan specifically by hosting WrestleMania 4 and WrestleMania 5 at Trump Plaza in Atlantic City, New Jersey. Hogan and Trump have a lot of personality similarities, but Trump decided to go with Mike Pence instead. Hogan still appears to be an avid Trump supporter. The fact that Hogan was just in the news last year for getting caught using the n-word probably isn’t the best support for Trump, but you can never know with his crowd.