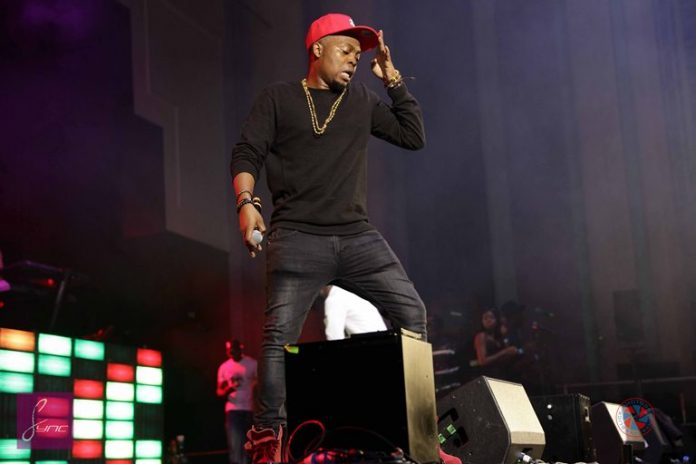 Olamide’s ‘Sere’ – Let me ask this question. Is there anybody who is vaguely interested in Nigerian music, who doesn’t know Olamide Adedeji, the self-styled baddo? All the way from Eni Duro, First Of All, Turn Up, Durosoke, to Goons Mi, Skelemba, Melo Melo and Bobo.

No, there wouldn’t be any, I can be sure of that. As Nigerian music lovers it’s most likely we have all grooved to some of his biggest hits, especially those of us were dey go club. Na so we go dey dance, we no send anybody, we like it jare!

If you are amongst the 20% of Nigerians that pay attention to lyrics, Olamide would have brought to your notice he is an Ajepako. Ajepako is a Nigerian slang for a child, who had a tough and unruly upbringing. The local rapper alleges he hails from the ghettos of Bariga, somewhere in Lagos.

When you listen to some his songs, you will notice how much Olamide’s lyrics showed he was a little bad bariga boy. There are noticeably a few lyrics to his songs that come out as lewd and unrestrained. My amusement is on one of his latest releases featuring Lil Kesh “Sere” (Ghetto Story). A Yoruba word which means PLAY, aptly coined as “wayward child” as used in the song.
A little diagnosis of Sere lyrics
Something from the chorus
Mama bi Sere l’omo; Sere, Sere mother gave birth to Sere, Sere Baba bi Sere l’omo; Sere; oya, Sere father gave birth to Sere, Sere Sere, y’omo buruku; Sere, Sere  –   turned a wayward child  –
More excerpts from Olamides’s verse
A a ma n na awon omo neighbor ni corridor we do beat the neighbours’ children at the corridor.

A ma ji eran je, a ma tun burawe do steal meats from pot, and even swear we didn’t
Gbogbo omo adugbo, a ti fo won nall the girls in the community, we’ve “washed”them
Gbogbo igo Coke, a ti fo won all the Coke bottles, we’ve broken them
Me and my guys no be butter-boys

There should be a better way of saying these things, don’t you think so? It’s something a portion of the populace can relate to. Albeit, the content is not for persons under 18. Olamide baddo – street champ – can still make hit records without overly being raw and lewd. Well parental advisory is advised.

Top 25 most iconic songs in the history of Nigerian music – See which is number 1!