13 Photos that will make you envy Hugh Hefner 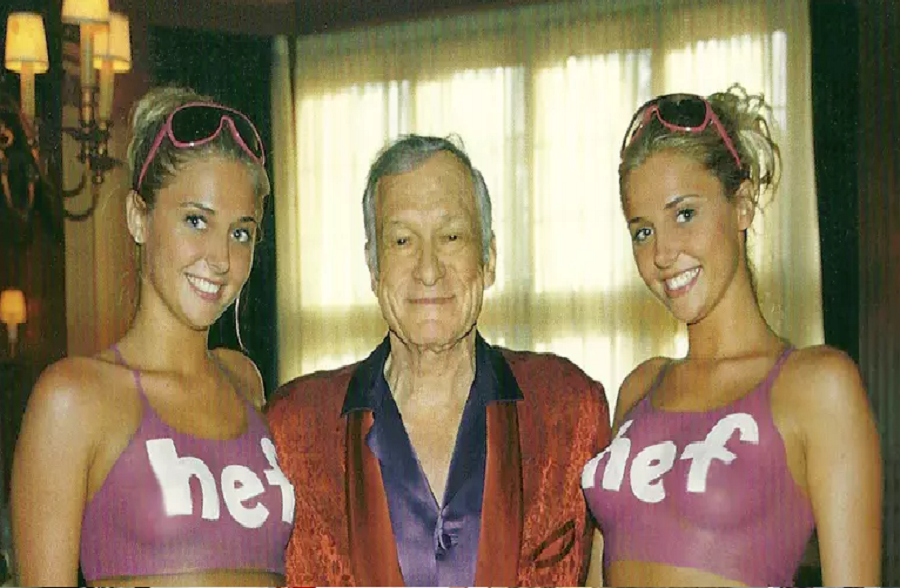 Hugh Hefner – Hugh Hefner is an American entrepreneur who is synonymous with both success and sex. Walk almost anywhere in the world and people know exactly who Hugh Hefner is. The 90-year-old success story originated in Chicago, Illinois, where he started his business empire.

Hefner was always intrigued by the magazine business and was working as a copywriter for Esquire before he walked away from that job after being denied a $5 raise. Hefner pulled all the money together that he could and took a shot on himself, starting a new magazine company called Playboy. The first issue would premiere in December of 1953, featuring Marilyn Monroe.

Hefner and Monroe were a winning combination and the magazine sold over 50,000 copies almost immediately- every copy that had been printed.

After the Marilyn Monroe issue, the magazine went on to be a staple in homes all across the world. There wasn’t a bathroom that didn’t have a Playboy stashed away. Hugh Hefner also had to battle through years of attacks. The magazine was accused of being too risque for the time. Hugh pushed through those who would bring him down and pushed forward to become a great success.

From the Playboy Mansion to the Playboy channel, Hugh Hefner has established one of, if not THE most iconic brand of all-time. Make no mistake about it, Hugh Hefner is an icon himself, a man amongst men. These are 13 photos that will make every man jealous of Hugh Hefner.

Kristina and Karissa Shannon were born in Ann Arbor, Michigan. In 2008, the Shannon Twins moved into the Playboy Mansion. That’s right, what’s better then one girlfriend or even a horde of women waiting on you hand and foot when you can have twins?! The beautiful pair of Shannons were added to Hefner’s harem. The Shannons were brought on to appear on the show The Girls Next door.

The first show they appeared in drew a whopping 2.4 million viewers. The two beautiful blondes would be a massive score and a dream come true for the common man. But Hugh Hefner is no common man and he seems to have his pick of the litter. Although the women moved out of the mansion by 2010, it’s once again an example of how great Hef has had it.

Rihanna reacts to her beef with Beyonce over the Grammy nominations