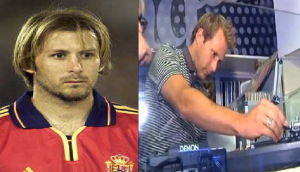 Footballers who dumped football – Football is a game of action, emotion, celebration and definitely a sport everyone loves to get involved with. That is basically why many jump at the opportunity to be football stars. But after announcing retirement, most professional footballers go down one of two routes – to either become a pundit or a coach

But in this article, let’s  look at the footballers who left the game to get greener pastures in other professions that has no link to sports.

A prolific striker for Rosenborg and Celtic, Harald Brattbakk now soars above the clouds rather than defenders as a pilot for Norwegian Air.