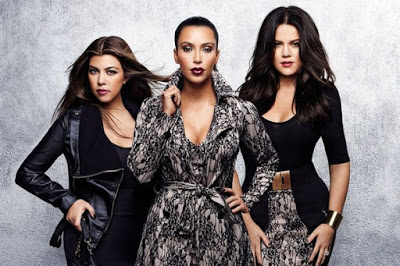 Kardashian sisters: Companies owned by the Kardashians filed legal documents to block Blac Chyna, from trademarking the ‘Kardashian’ name for use. Although her lawyer Walter Mosley reacted, saying he was “shocked” to learn that the request was being opposed but he was going to diligently continue the case, it is being reported that the sisters had no idea and their manager/mother, Kris Jenner has reached out to settle the issue. TMZ reports:

Blac Chyna got railroaded by the Kardashians’ attorneys — not the K sisters themselves — in her effort to trademark herself as a member of the fam … and now Kris Jenner’s doing damage control.

Sources close to BC tell TMZ … Kim, Kourtney, and Khloe reached out to her and assured her their lawyers were following standard ops when they filed docs to block Chyna’s application to trademark “Angela Renee Kardashian” — not singling her out. The assurances were necessary after the language the lawyers used. We broke the story … the docs said all 3 sisters would “suffer damage including irreparable injury to their reputation and goodwill” if Chyna got the green light to use the Kardashian name in entertainment.

We’re told Kris personally told Chyna there’s no beef … it was a simple mix-up and she’s calling off the legal eagles. For now, everyone’s saying the right things to make Chyna feel better about the legal diss — but, fact is, her trademark still hasn’t been approved. Until it is … it’s a lot of lip service.