LADIES: 10 things your man will NEVER tell you no matter how much he loves you 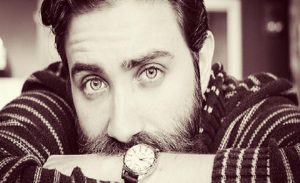 Things your man will NEVER tell you – As written by a man. Men aren’t exactly known for being forthcoming. There’s the stereotype of the stoic cowboy or the tough, quiet manly-man, but the reality is that, more often than not, men aren’t raised to express their feelings.

They’re told to suck it up, keep it together, lock it down.

And, while that might make them seem cool and strong to some, what is also means is this — YOUR MAN HAS SECRETS. (He does.)

Your man has a vivid internal life that he does not share with others.

That doesn’t apply to EVERY man, of course. Some men never stop talking about their inner selves.

But it’s really, really common for men to learn the value of keeping things to themselves at an early age.

They can be small things (“That skirt makes you look like the librarian in Ghostbusters”) or big things (“I don’t want to die alone”).

Regardless, most men do have a running list of secrets that they don’t really want to admit to anyone, especially someone they’re falling in love with.

If you’re interested in the secret lives of men, here are 10 big, common things that your man will probably never, ever tell you.

1. He’s insecure about his body.

He is. Even if he looks like David Beckham.

Men might not always pay attention to their personal hygiene, but that doesn’t mean that he’s not hyper-sensitive about every love handle, wrinkle, or graying hair on his body.

He might wear the same hoodie every day, but he still worries that he’s not as pretty as he once was.