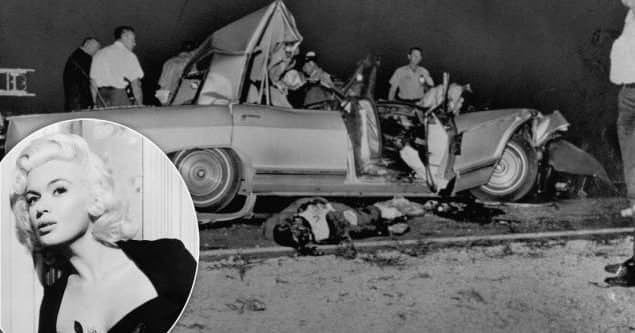 Celebrities who dies horrific deaths: Did you know that vending machines kill two to three people a year on average? It’s true, people try to get a free snack and the next thing they know, WHAM!, a glass tower of Frito’s and honeybuns is coming down on their heads. Not into junk food? Prefer the finer things in life? Well, rogue champagne corks kill close to 24 people a year, so statistically, you’re better off trying your luck at the vending machine. My point is, there are millions of wacky ways to kick the bucket, and no one is immune to them, not even the rich and famous.

Kim Kardashian And Kanye West Are Reportedly Getting… At this point, discussing the smorgasbord of celebrities that went six feet under this past year would be, well, beating a dead horse. Not to worry, plenty of them died in the years leading up to 2016 and I’m happy to talk about them. Since the birth of Hollywood, before movies even had recorded audio, celebrities have dealt with stalkers, depression and stage mishaps, which leads to murder, suicide and accidental death. To really sweeten the deal, a few of them have gone in such ridiculous ways you’ll have to read these captions twice to even begin to comprehend how or why they bought the farm the way they did. Here are 15 celebrities who died bizarre, horrific deaths:
Isadora Duncan was basically the mother of modern/contemporary dance. She pretty much gave ballet the middle-finger and came up with that whole idea of dance being a form of expression rather than low-class entertainment. By the age of 22, she ditched her home state of California for eastern Europe and became the most famous woman in the world prancing around on two feet. Fast forward through twenty-seven years of unprecedented success and we arrive at the evening of September 14, 1927 in Nice, France when she hopped into the convertible of a fancy French-Italian mechanic and sped off into the streets hollering what would be her last words, “Adieu, mes amis. Je vais à la gloire!” (“Farewell, my friends. I go to glory!”). Duncan donned a long, flowing scarf – a good combatant of the cold but inevitably a poor choice. The scarf became entangled with the spokes of the car’s wheels and axle and Duncan was launched out of the car by her neck (which snapped almost instantly killing her). Other accounts claim the scarf strangled her to death and nearly decapitated her in the process, which is even more gruesome than the original claims. Her legacy lives on with every modern school that opens, and also with the fact that doctors now refer to any injury or death caused by neckwear getting caught in a machine, “Isadora Duncan Syndrome.”

Yelchin was a rising star with a handful of big-budget flicks under his belt when he met his bizarre and untimely demise. He played the kidnapped little brother in Alpha Dog, Kyle Reese in Terminator Salvation, and most notably Pavel Chekov in every one of the Star Trek reboots, so it was a shocking loss when on the morning of June 19, 2016, he was crushed to death by his own car. According to the Los Angeles County coroner’s office, Yelchin died as a result of “blunt traumatic asphyxia.” Although no one was present to witness the freak accident, reports say Yelchin exited his Jeep Grand Cherokee at the top of his steep driveway and walked down to check the mail. However, the vehicle in question was a part of a recent recall of models that had transmission errors leading to unintended rolling, so while he rifled through his bills the Jeep rolled down the driveway eventually colliding with Yelchin and pinned him between a pillar and security fence. The car crushed the 27-year-old actor’s lungs and he suffocated to death within 60 seconds. Yelchin’s parents were seeking a wrongful death lawsuit against Fiat Chrysler as of August 2016, but the company refused to take blame for the incident, claiming Yelchin misused the vehicle. So, in case you’re wondering, parking your vehicle in your driveway is apparently “misuse” in the eyes of auto manufacturers.