16 dark secrets Adele is hiding from the world (With Photos) 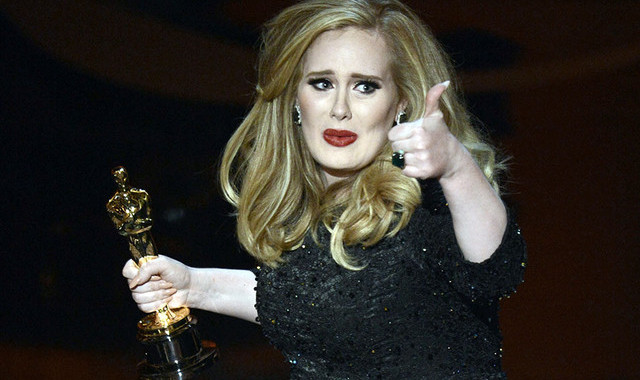 Dark secrets ‘Adele’ is hiding from the world – Hello from the other side, I must have called a thousand times…” First debuting her vocals to the world after a friend published three of her songs on Myspace in 2006, English singer and songwriter Adele Adkins received the call of a lifetime when XL Recordings offered her a record deal.

In the whirlwind that surrounds a star in the making, Adele launched her first album, 19, just two years later in 2008 to widespread success not to mention two wins at the Grammy Awards for Best New Artist and Best Female Pop Vocal Performance.

The world couldn’t get enough of Adele and, by 2011, she followed up with another smash hit album, 21, which landed her half a dozen Grammy Awards to tie the record with Beyonce for most won in a single night. Then, in the midst of her incredible career, Adele did the unthinkable and vanished from the spotlight. With her vocal cords damaged, the world’s favorite Brit had no other choice but to take a hiatus from music to heal.

By 2012, Adele confirmed that she was back in the studio again, this time writing and recording the theme song for the James Bond film, Skyfall. But, that wasn’t all she was up to. By November 2015, Adele surprised her fans with the unexpected release of her newest album, 25, whose hit single, “Hello”, debuted at number one in the United States and the United Kingdom, not to mention it sold over one million digital copies within its first week in the United states.

So, now that Adele is back in a big way, it’s no surprise that she is the hottest topic in the entertainment industry. The world wants more of Adele and so do we, which is why we found and uncovered 16 dark secrets that Adele is hiding from the world. Are you curious? From her childhood and hobbies to her bad habits and harshest critics, let’s take a look at the darker side of our favorite British chart topper!

So much music to make, so little time! Many celebrities love to share their favorite things with their fans whether it’s hobbies and movies to songs and books. Speaking of which, do you remember Oprah’s annual favorite things giveaway episode? Well, when it comes to Adele, the singer has many favorites, but books simply aren’t one of them (sorry, Oprah!). There’s just not enough time to fit reading into her busy schedule as an artist and mom.

Opting for movies like Scarface and The Godfather, Adele says that it’s been quite a long time since she last read for fun. So, how long has it really been? The singer admits that she was probably six years old when she read her last book, which just so happened to be Matilda by Roald Dahl. Although her lack of interest in books might shock some, we’re happy she spends more time reading sheet music than anything else.

Prev post1 of 16Next
Use your ← → (arrow) keys to browse
Tags: Adelecountdownentertainmentphotos
Share13Tweet8Pin3SendShare