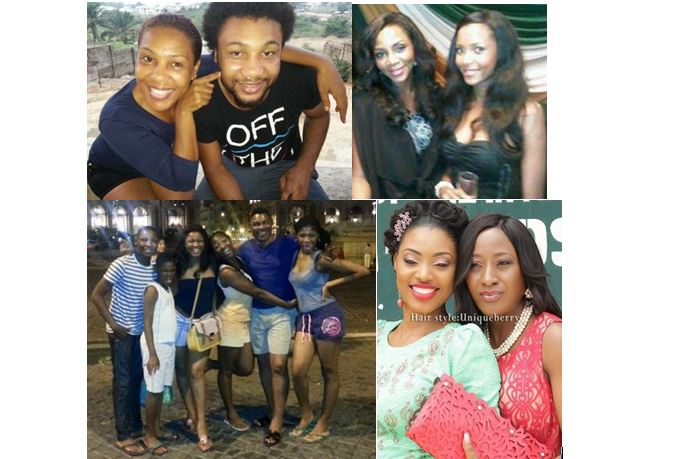 Nigerian celebrities who gave birth at a young age: These celebrities had their first babies as teenagers. Some had theirs as early as 14 years. Most of them got married at tender age and started making babies immediately.

Shan George got married at tender age of 16 and had her two boys who are now men, immediately after marriage. Shan later walked out of the marriage.

“Being married at the age of 16 was just like a child still living with her parents. It was more like an obligation. I don’t really want to talk about it because of my children.” She said.

Meanwhile, the talented actress welcomed her first grandchild on September 7, 2014 as her first son, Delnoi had a beautiful baby girl. Prev post1 of 7Next
Use your ← → (arrow) keys to browse
Tags: celebritiescountdownnollywoodphotosTheOlusanjo
Share13Tweet8Pin3SendShare