Tonto Dikeh’s husband, Churchill exposes her – He finally speaks about PA and relationship 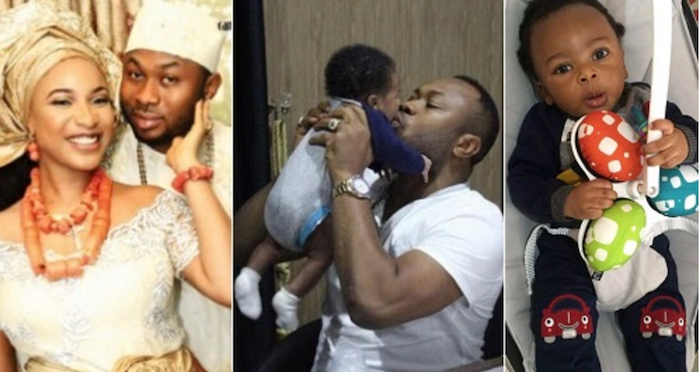 Churchill Olakunle, the estranged husband of  Tonto Dikeh has finally opened up about his marriage crisis and trust me, it is revealing, we are just waiting for Tonto to respond to this. Speaking with Toast magazine, Churchill says he doesn’t have a female PA and that he hasn’t been able to reach his son who he misses so much because Tonto Dikeh won’t pick his calls.

Toast::: Recently, your househelp disclosed to an online media that you had issues with wife and you have not been at home just after your December foundation project last year?

Churchill ::: Every family has its ups and downs but I would not want to talk about my family.

Toast::: It was said that after You left home, you were Alleged of having affair with your Female PA?
Churchill ::: Well, it’s funny to me, because I don’t have female personal Assistant, My PA is Mr Paul, who has been working with me over the years. Besides, it was a sponsored blackmail.

Toast::: Gist had it that your wife Tonto Dikeh Churchill caused uproar in your mother’s home, i.e her mother- inlaw, when she was alleged to have pushed her down and broke everything in her house within 2 hours due to her marijuana reactions
Churchill ::: These issues are private to me and my family.

Toast::: Rumour has it that because of domestic violence from you that your wife moved out with your son?
Churchill ::: I wonder where they got such gist from? I don’t believe my wife will say that, besides I frown against such even my foundation preach against domestic violence in some of our charity awareness campaigns.

It is obvious that all these channelled attacks are targeted to drag my image and what I believe in to the mud. Well, the truth is that I have never raised my hands against my wife. I have evidence of CCTV Cameras in my mum’s house when this happened. It can be replayed if you what us to go that far.

The wealth and expensive lifestyle of Tiwa Savage – How she spends on herself, son & hubby, TeeBillz