Tonto Dikeh’s life in a post: This is when everything was rosy for her & where she is now (With Photos) 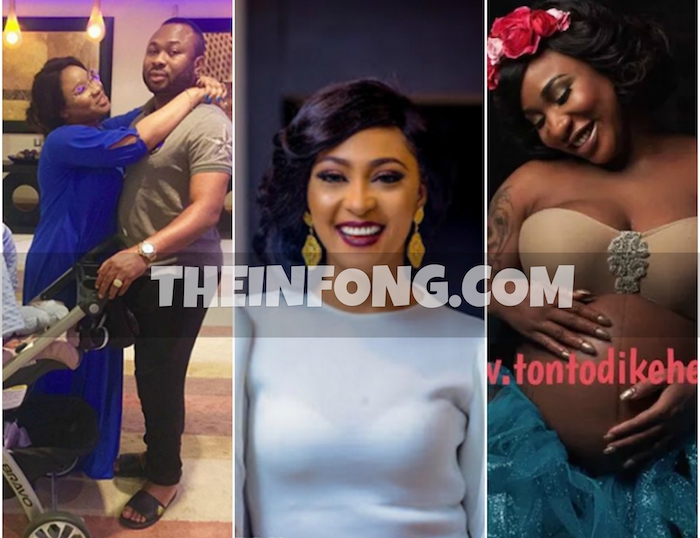 Tonto Dikeh’s life: Since the beginning of this year, a lot of drama has been going on with Tonto Dikeh and hubby, Churchill; drama which can’t be brushed aside anymore. Immediately Tonto brought her marital issues to public limelight, there wasn’t any going back again. We look back in time; time where Tonto Dikeh was happy or happier if I may say. Remember when her relationship with Malivelihood ended? When we heard that he dumped her for a richer lady, Deola Smart?

Tonto relatively went numb for so long on Social Media then,…. then came prince charming, Churchill. Churchill resurrected the Tonto Dikeh we used to know. The social media queen, the one almost everyone loved (after she changed her ways though).

Enough said, let me take you back in time, the time she got pregnant for Churchill, married and some other occurrences in her life from the “17 months” she and her recently “estranged” husband co-habited together.

August 2015: Tonto Dikeh got introduced to Churchill’s family after getting pregnant.. Then it became official.

Tonto Dikeh, over the weekend changed her name to Mrs Churchill…well that’s because she did her introduction to her man Oladunni Churchill in Port Harcourt. And yes, Tonto is pregnant.

A fan decided to show love to Nollywood actress Tonto Dikeh by giving her a painting of herself yesterday. Tonto who shared a photo of her gift and the fan on Instagram said she will put it up in her new home.