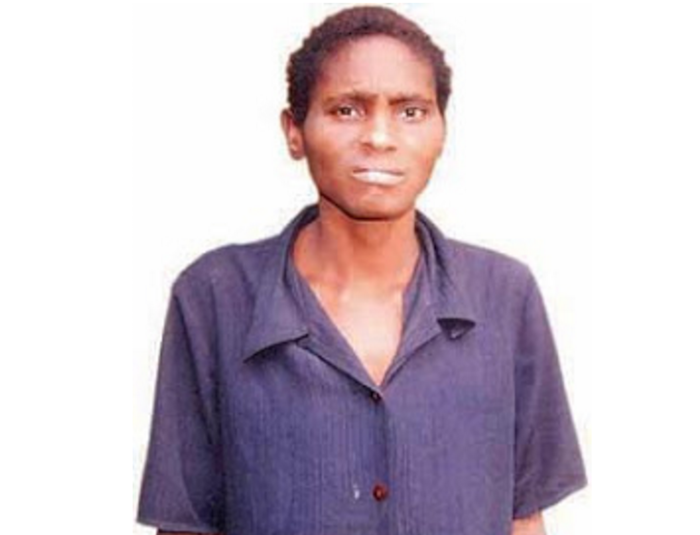 According to The Sun, while the little girl Gloria escaped death by the whiskers, her two year old brother, Innocent, was not so lucky as he died instantly after swallowing the lethal substance.

When interrogated, Azibabeh said the anger she had towards her husband for failing to provide for his family, forced her to commit the crime. She says she regrets her actions.

“I didn’t see any of the Christmas clothes my two children could wear. Early in the morning, I went to the market and bought Parafox, a substance that is used to kill grasses and I gave it to my two children to drink. Gloria was able to survive due to self-medication and hospital treatment, but her brother, Innocent died on the spot after he drank the poison. I ran to my elder sister’s house and confessed to her what I have done to my two children. She assisted me to rescue Gloria by administering some medication, and we later took her to the hospital. Thereafter, she reported me at Kolo Police station and I was arrested. I used to have two children. I killed one by myself, now I am left with only one. I want God to forgive me and intervene in my life. I have learnt my lesson. Nigerians should forgive me,” she said weeping

Confirming the incident, the state commissioner of police, Amba Asuquo, confirmed the incident and added that the case has been transferred to the homicide section of the State Criminal Investigation Department where the suspect is in detention.

Sad story of Kenyan girl sent back from the US