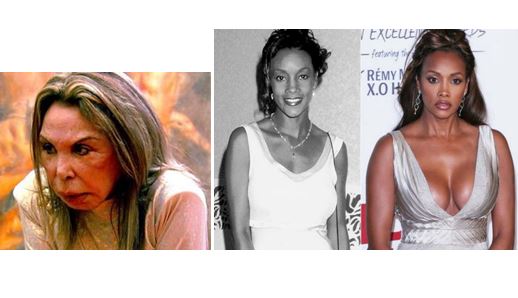 Celebs who plastic surgery ruined: Life is unfair to women. Some of the most glaring things they have to deal with are making less money than men, menstruating, being physically weaker, and have a disturbing affinity for boy bands as teenagers. But by far, the worst of all of these burdens is not being allowed to age. Women today are under enormous pressure by society  to simply not look old, even when they are. This has led to the widespread normalization of plastic surgery procedures in order to stave off time and nature.

Millions of beautiful and intelligent women fall victim to this pressure and undergo one surgery after an other in an effort to look like they’re 25 years old for perpetuity. As you can see above, the results are usually scary. Yet the phenomenon is only gaining steam.

By examining famous stars who have fallen prey to this obsession, let’s find out if plastic surgery is safe or dangerous. The soulful singer underwent a noticeable change from youth to adulthood. The Titanic could have sunk after hitting her chin.

Photos from vice President Osinbajo’s birthday party in the villa