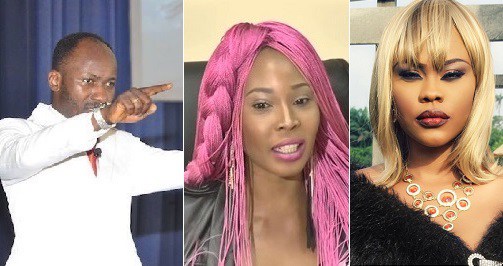 A legal practitioner in Abuja, Danladi Umar on Sunday, March 13 faulted the allegation by Stephanie Otobo, that she had an amorous relationship with Apostle Johnson Suleman. Umar said Otobo’s demand for the sum of N500 million could be a voyage to reaping where she did not sow. He also faulted what he described as the media trial of the cleric and wondered what it was meant to achieve.

Apostle Suleman Reveals What He Did After A Member Of His…

According to him, the claim of a purported amorous relationship including a supposed proposal by the cleric to marry Otobo and further clarification of introduction ceremony purportedly at the headquarters of the church in Auchi, Edo state, were laced with unbelief.

Umar told journalists that the allegations were against the claims by Otobo’s lawyer, Festus Keyamo, that Apostle Suleman took drinks to her parents and kinsmen to ask for her hand in marriage.

His words: “My view piece is precipitated by the many-sidedness of Otobo’s account and those of her lawyers as one begins to wonder what the motive for the media trial is meant to achieve outside bringing down an outspoken preacher.

“Consistently, they’ve been sounding fricative like irregular verbs in Latin with both erroneous and conflicting allegations against Apostle Suleman.

“My sympathy goes to the Christain faith because even as a moslem, I am at the risk of discussing this otherwise laughable and ridiculous string of allegations which even the unlettered and uncertificated would at once find to be the desperate efforts of the said lady and her gang to nail the Senior Pastor of the church, it has become pertinent to ask the following salient questions to unravel the truth or otherwise of the claims.”

The long list of hot women Drake has slept with – Don’t be shocked if your babe is on the list! (With Pics)