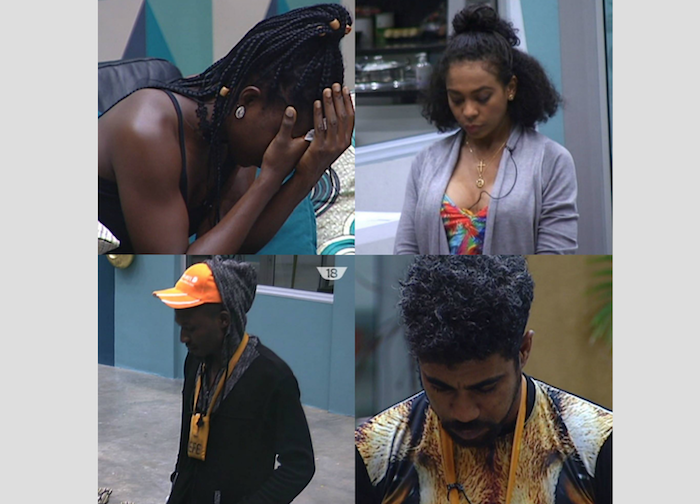 Ebuka got the ball rolling and it was straight into the House where Biggie called the new Igwe, Bassey into the Diary Room and he chose TBoss as he felt that, like last week “she threw some jabs at people and was not ready to take them back,” He thought that she was about herself. He also chose Bally as he felt that he hadn’t been put up for Eviction before and it would be nice for him to “feel the heat.” Biggie reminded everyone not to discuss their Nominations with anyone else in the House.

Biggie also told him to “Go back to the Lounge and sit down quietly until further notice.”

Deposed Igwe, ThinTallTony was next and he wasted no time in choosing Bally as he hadn’t been up for Nomination before and he Nominated Efe saying that he didn’t have a reason for Efe, and that seemed to be good enough for Biggie. .

The resident guitarist, and visibly stressed Debie-Rise was next in for her Nomination Diary Session and she chose Bally and ThinTallTony. She Nominated Bally as he had not been up for Nomination. Somethings fishy here… and she chose TTT because he hadn’t been up for Nomination for a while. Earlier, Bassey had been approached by Bally who said that it would be an act of kindness to save him if he was Nominated this evening. Has Bassey said anything to all of the Housemates about Bally’s jocular request?

Efe was next in and he chose TBoss immediately, without hesitation, and he also chose ThinTallTony. “TBoss it’s the same usually” he went on about how she was manipulative and spoke about a few incidents that he, “based on logistics” felt that ThinTallTony always Nominated him.

Barca Vs PSG match could be replayed as online petition hits over 200,000 signatures