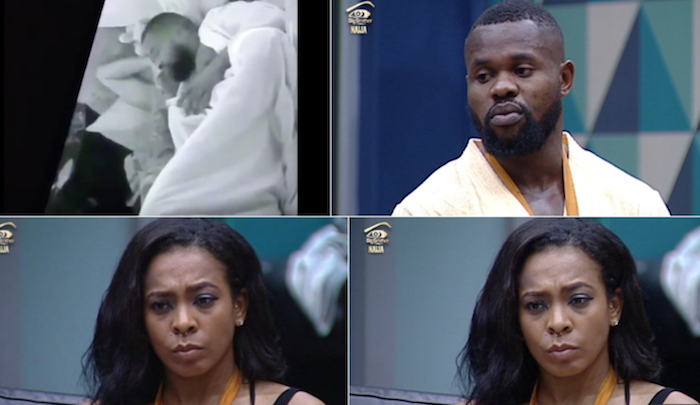 TBoss confesses:  After hours of silence, she has opened up and given account of what happened between she and Kemen, who was disqualified yesterday March 5th for violating her. To reduce the tension in the house, Bisola was called to the diary room by Biggie who played the video of Kemen sexually harassing TBoss.

The video below shows Thin Tall Tony asking her to tell them what really happened and TBoss decided to make the whole housemates know the full story.

Admitting she had taken alcohol before passing out for the night, TBoss says she never gave Kemen consent to touch her after Big Brother showed her what Kemen did. She said it looked like she was being fingered and she immediately wondered what her father would be thinking.

“Enjoy your hard-earned money before your maker…

Watch video on the next page >>