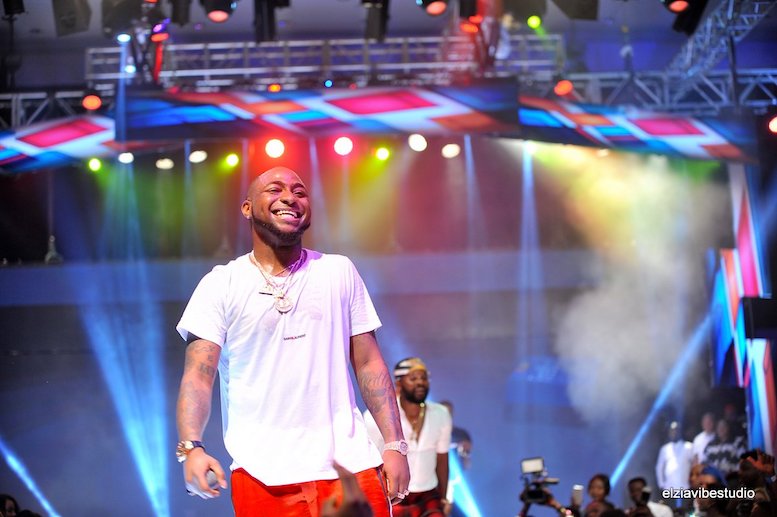 Davido’s 30 Billion Concert: 2017 just keeps getting better for talented Davido as his recently held 30 Billion concert sets a new record in Nigeria’s Music Industry. The much-anticipated concert which held at Eko Hotel and Suites in Lagos, Nigeria on December 27, lived up to its billing as the biggest music concert of the year that thrilled fans across Lagos State and beyond, with the hashtag #30BillionConcert trending in the two major continents; in the UK and in the US.

Fans were treated to a great show across the world and adulation has continued to pour in for the B.E.T Award winner. This latest feat goes further to cement Davido’s stake as the biggest Nigerian Artiste for the year 2017. Among the highlights that ensured a worldwide trend of the concert include Mohits Records reunion onstage and Wizkid’s performance with Davido.

Furthermore, the widely trended concert proves that Davido has truly gone international, and his fan base is growing fast in major countries of the world. The concert which was put together by TE Group, Achievas Entertainment, and Pentagon was the first for Davido in Lagos and has promised much more in the future. 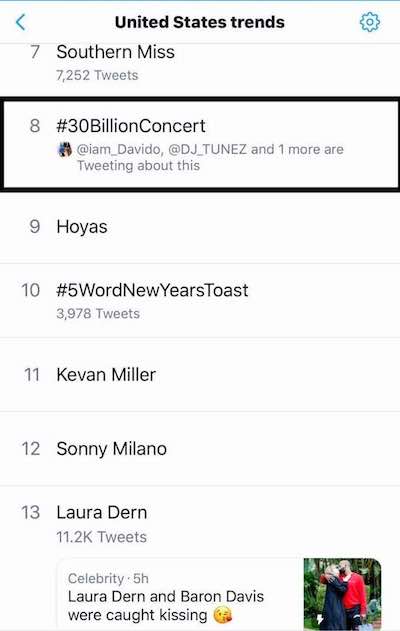 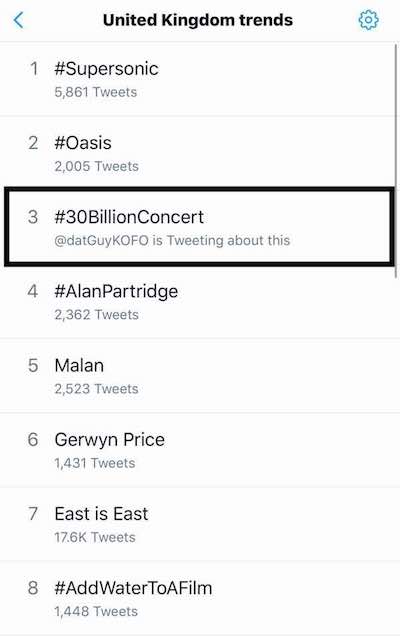 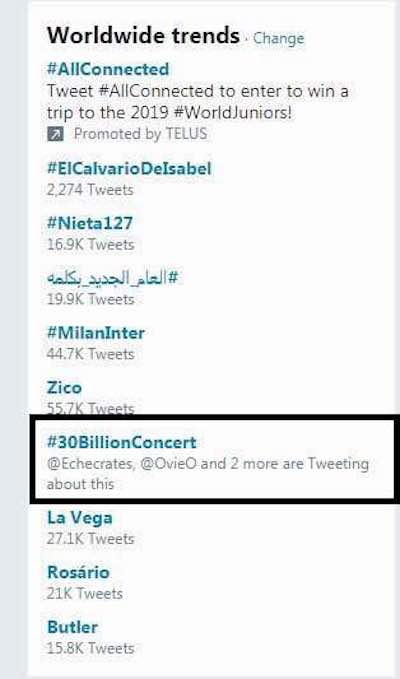