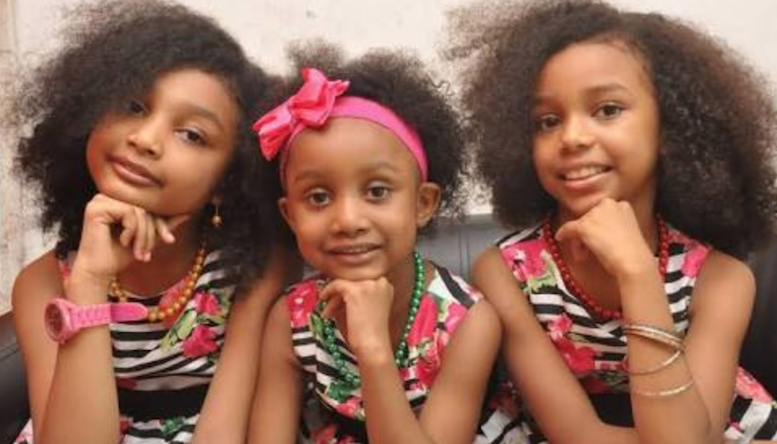 Child actresses: I haven’t watched Nollywood films for about 3 years now. That’s why I don’t know most of these new upcoming actresses. I only hear about some of them here on Nairaland. Few weeks back, I saw this movie, “My Kids And I” featuring Bolanle Ninalowo (My 1st time of watching his movie) and these 3 child actresses; Chisom Oguike, Chidinma Oguike and Chinenye Oguike. I guess they are sisters since they bear same surname.

The kids acted as American returnees with rude characters, except the youngest one.  Bolanle Ninalowo, their father had challenges in curtailing their excesses.  I noticed the kids have featured in a good number of movies. They also featured in “Home Alone” which I haven’t seen. Chidinma Oguike featured in “Home Teacher” where she was sexually abused by her home teacher. They are smart child actors to watch out for. Who has seen their movies?… Well keep scrolling to watch more movies of theirs… Click Next page for more pics and new movies of theirs –>>