Following the attention his recent concert gathered, most people did not realize that Wizkid went out of character at his show. Many have been focused on his reconciliation with Davido, or his million naira outfit forgetting that the popular musician brought out his son Boluwatife to come greet people that attended his concert. As the obviously shy Bolu made his way to the stage, the audience roared in appreciation. Wizkid bringing his son out was a surprise because he rarely talks about his kids in public.

Bolu’s mom Sola Ogudu while reacting to the photo wrote via her Instagram page that moments like that cannot be bought with money.

See her posts below: 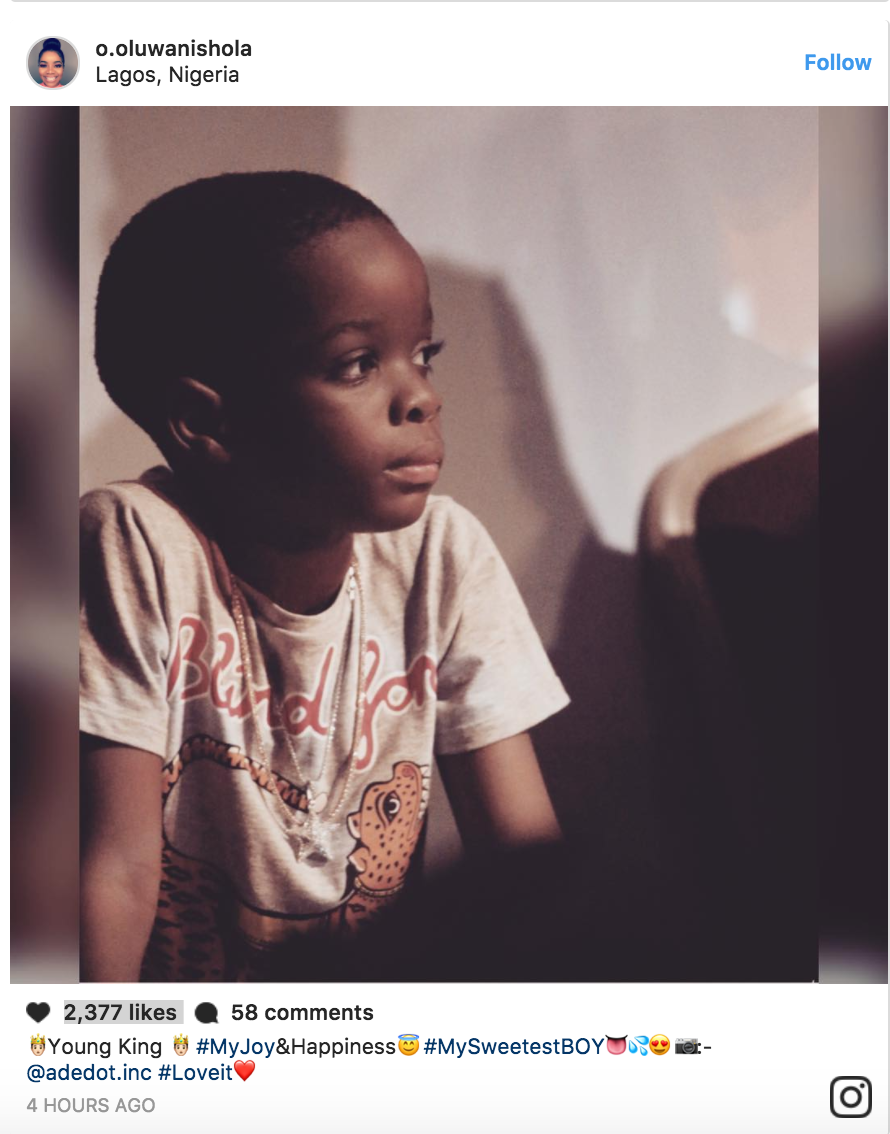 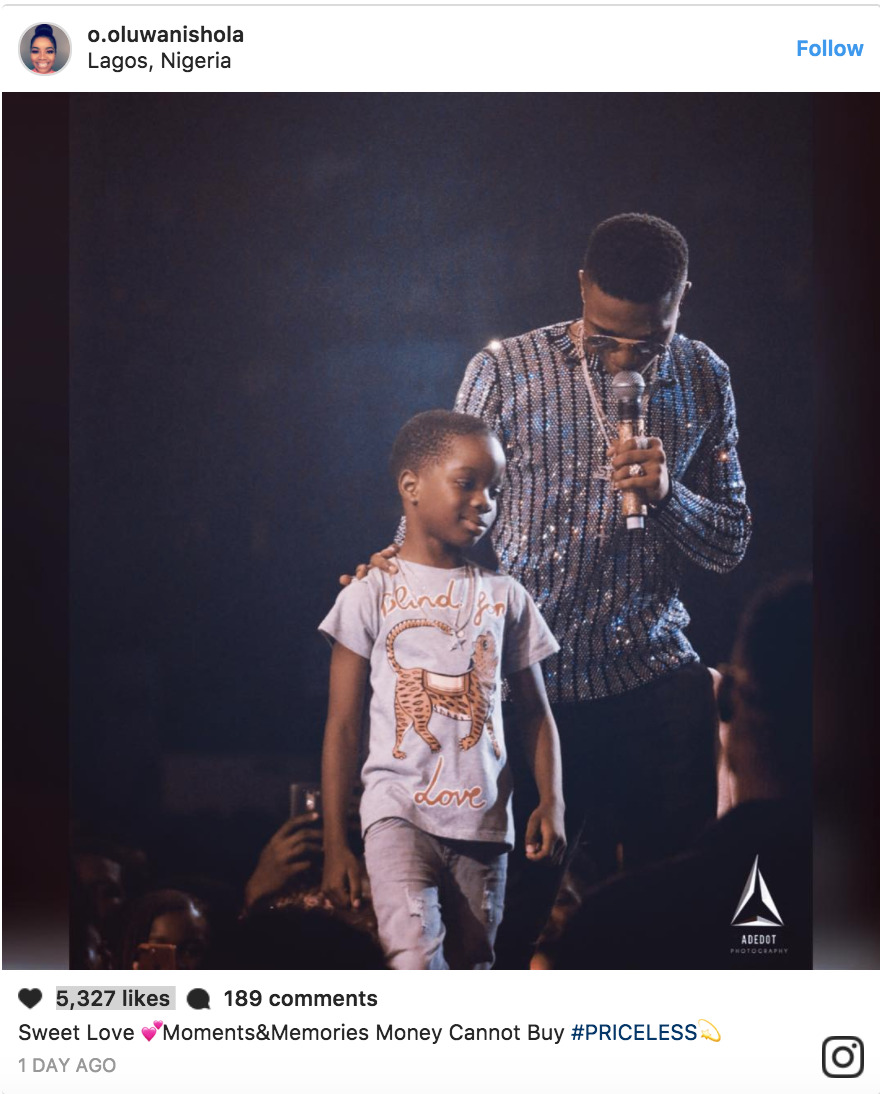