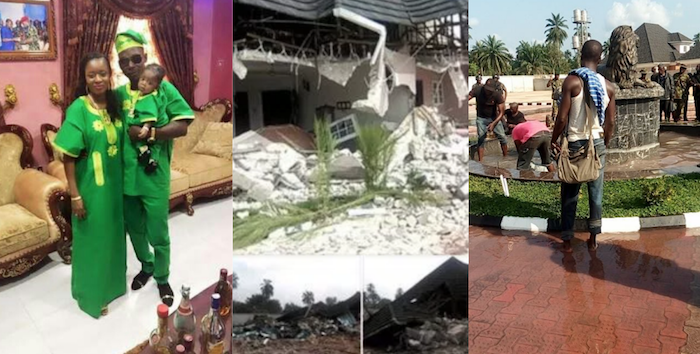 Don Waney: The Nigerian Army acting on credible information from some patriotic members of the public raided the evil Don Waney enclave in Omoku, ONELGA Rivers State where shocking discoveries of assorted weapons, dynamites, bags of suspected cannabis, full military camouflage uniforms, military boots, military communication radios, 10 human skulls and human bones were discovered”. The troops also exhumed decomposing bodies of some of his victims in his shrine in the glaring eyes of the media who were invited to witness first hand”. See the photos of Don Waney’s house and property below: 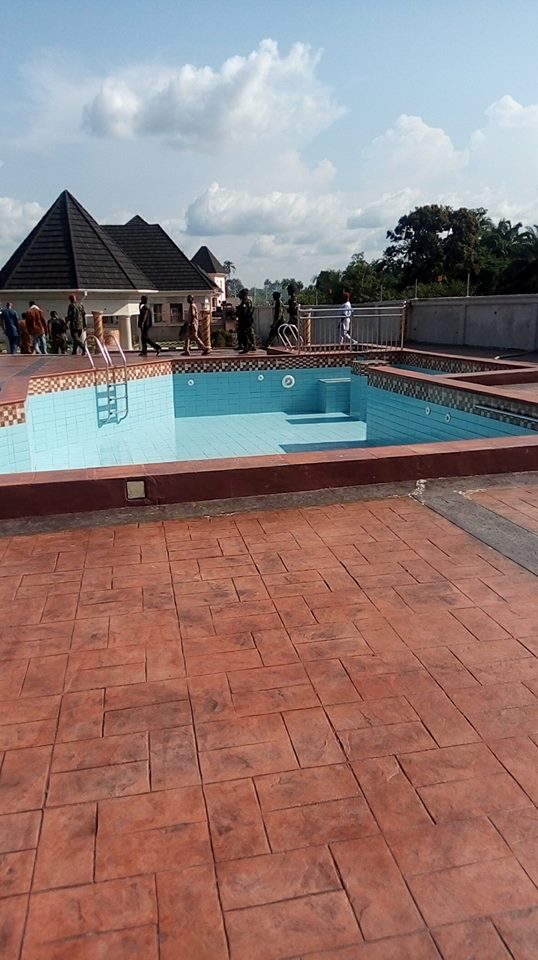 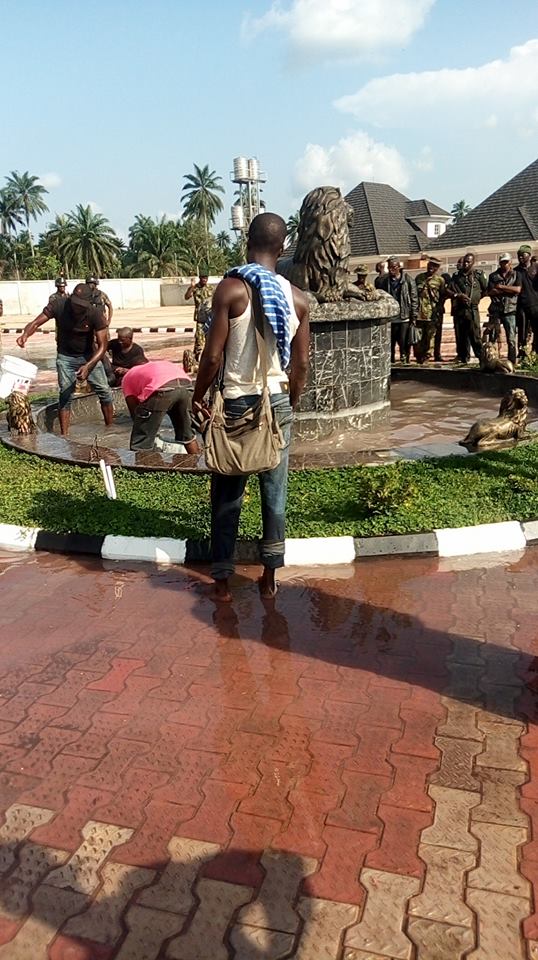 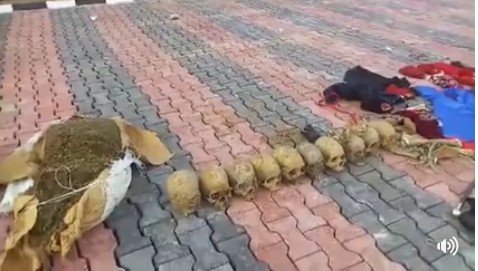 Prev post1 of 4Next
Use your ← → (arrow) keys to browse
Tags: Don Waneygist and gossipphotos
Share12Tweet8Pin3SendShare