Meet the 20 BBNaija 2018 housemates, their background, status & photos – Most of them are from rich families 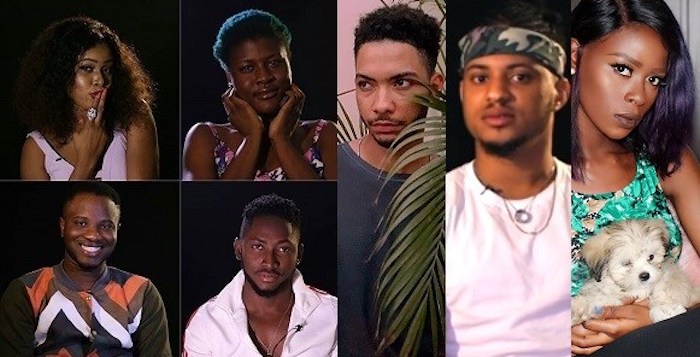 The BBNaija 2018 Reality TV Show, “Double Wahala”, has officially begun, and there’d be 20 housemates battling for the grand prize of N45 million! We brought you First photos from the Launch show at Pearl Hall in Ikeja.. and we introduce you to the 20 Housemates. The show is Hosted By Ebuka and will air on Dstv Channel 198.

The First FOUR Housemates auditioned for Big Brother Naija for the very First time, and they got in. Nina is from Owerri, a student of Imo State University.

Nina brings her people skills to the House: she says she loves talking, interacting with people and singing. Nina knows she’ll be the fans’ favourite because she will be “real and fans will love that”. If she were an animal, she said she would be a cat with nine lives for all the challenges she has gone through and overcome. What will you do with the prize money: I’ll pay my tithe, I’ll help my family, I’ll invest in business,

What irritates you most in other people: When people are proud and lying There are two things that make Teddy jam in this world: recording and making music in the studio. He also adores spending quality time with and doting on his four-year old son. A self-described chameleon who can fit in any society, Teddy joins the House because he wants to ‘blow’ and ‘be popular’. His ever-supporting family and his four brothers have all rallied behind him.

What will you be bringing into the BB House: A lots of razzmatazz, sneaky troublemaker

What will you do with the prize money: Invest some of it, the rest will be used to fund my label

What irritates you most in other people: People who try to impose their beliefs on me

Loves Football and a fan of Manchester United. Teddy also has a son.