How to identify lesbians in Nigeria – Number 9 shows it all! 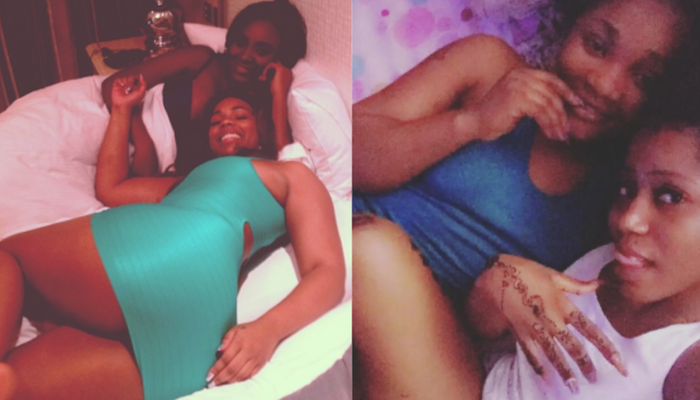 Lesbians in Nigeria: It took me a lot of cogitation before I could make this post. I also had to post this because I have seen a lot of comments from people encouraging the abominable act of lesbianism on nairaland (especially guys) that I begin to wonder where this generation of youths are headed. First and foremost, going by the bible and quran, lesbianism is an abomination. I will give references from the bible because I am a Christian. The following verses of the bible:Leviticus 18:22, 20:13, Romans 1:24-28, I Corinthians 6:9-11, Jude1:7, I Timothy 1:10, I Kings 14:24, 15:12 all attest to the fact that homosexuality ,of which lesbianism is a subset, is evil.

However, the queer ones on the forum will always have a counter argument of fornication being also a sin to back up their nefarious way of life but this is not the crux of why I opened this thread so I will not dwell on the religious angle any further-I have an expose on this which I’ll reserve for another day.

Let me start by saying this. Most Nigerian girls living in Nigeria that claim to be bisexuals are, in fact, lesbians. They only claim bisexuality so as to be able to get a ring on the third finger of their left hand and answer a Mrs whilst they covertly continue their abominable acts.

They know that the African culture expects that they should get married at some point in their lives and their parents and relatives will keep putting pressure on them to do so.

Therefore, they just hook up with a guy, get married and make babies and then eventually make the guy’s life miserable by continually denying him of sex and gallivanting around the country with their lesbian friends before filing for divorce most times on two grounds- sexual satisfaction and irreconcilable differences. I have seen this happen to three different guys and in the end, the guys ended up being disillusioned and poorer than when they met those girls. The sad part is that the ladies don’t even get to check on their children as they are seen more in the company of their female friends in public places.

Guys, beware! Lesbianism is demonic and no matter how long your manhood is or how good you are in bed, you can’t satisfy a lesbian as the kind of orgasm they have while making out with their female counterpart is longer and more frequent and also doesn’t occur due to penetration. I had to say this because I have , over time, seen some useless comments from guys here saying that the girl has not seen a great manhood or a guy with great sexual prowess that’s why she is still a lesbian. This is entirely false as lesbians are so addicted to their same sex partners and to the act that mere penetration from a man cannot give them orgasm.