Lady Shows Gratitude To Her Sugar Daddy Over $10,000 Shopping Allowance 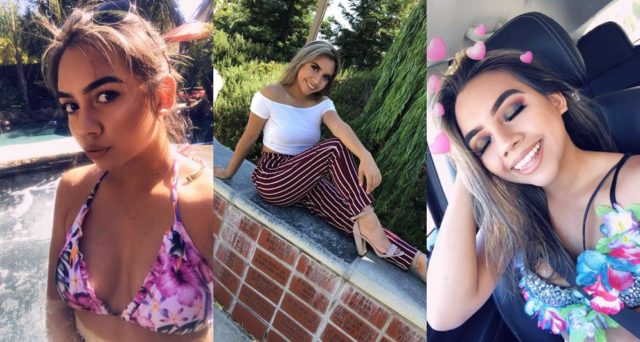 A lady simply identified as Young L @Queenlourdes__ on Twitter is way over the moon after she got a $10,000 shopping allowance from her Sugar Daddy. The lady who is full of gratitude for her Sugar Daddy, shared screenshots of her chat with the man who demanded for just a feet photo. “I will show you shege” – Adesua Etomi… Shoutout to my sugar daddy for always taking care of me ??❤️ pic.twitter.com/ywIJwfTDrK This is coming after another small girl with a big God, revealed how she took up with a ‘sugar daddy’ after finding herself ‘poor and desperate’.

An anonymous user on Reddit known only by the username lwh5380384 said, she advertised for a richer older guy to help pay off her student loan and keep her in education. The woman reveals she thought the lifestyle would be ‘easy’ and about ‘manipulating men and taking their money’.

Naively, she thought the lifestyle wasn’t about the exchange of sex when she first met and started talking to potential sugar daddies online.

“Whatever people call this relationship between a sugar daddy and sugar baby, it’s pretty much just a kind of mutually beneficial relationship,” she explained.

She explains how on the first date the ‘terms’ were negotiated and how much money a sugar baby could expect – known as their ‘allowance’ and in exchange for what.

In this instance, the man did want sex and in exchange her paid off half her university loan, although she admits the man looked ‘far older and totally different’ to how she imagined. The woman called it a ‘fairytale’ to believe you could have a Sugar Daddy and not be expected to sleep with them.

“Mr. G looks like a gentleman from his words online and we have some nice chats there.

“He told me that he lost his wife a few years ago, and he had a daughter and a son but they both lived abroad, and he was just lonely and needed some one to keep company with,” she wrote.

“I’m Not Praying For Nigeria” – Peeshaun Of Skuki

“I get insulted for looking like Mercy Johnson” – Keira Hewatch