Bobrisky looks to be pregnant in new photos 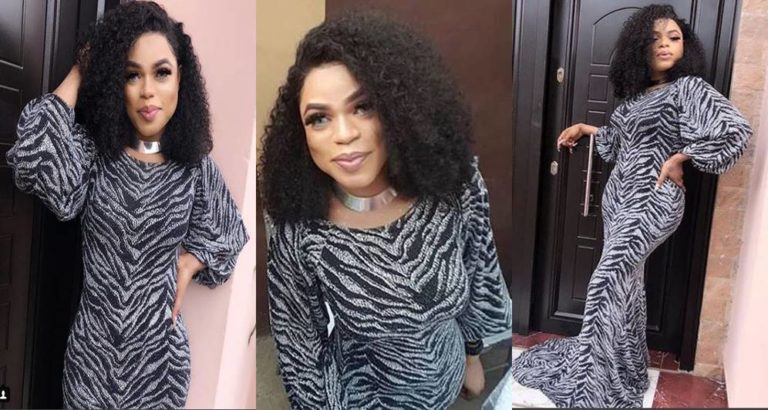 Nigerian cross-dressers, and bleaching advocate, Bobrisky appears to be pregnant in a new photos he shared on his social media page. In the photo, Bobrisky was clad in a gown that showed his stomach protruded in what can be considered as a sign of pregnancy.

Well, a fan was quick to point that out and reminded other people of the time when Bobrisky told his followers that he was on his period and they all thought it was a lie.

Now the pregnancy, according to the fan, is an evidence that the socialite was actually having menstrual cramps when he also complained about that.

Bobrisky however did not give any reply to the comment and he has not released any statement to confirm the pregnancy rumours.