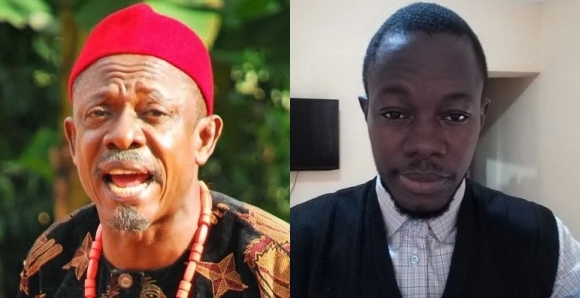 Omoruyi Loco Efe, son of late nollywood veteran actor, Sam Loco Efe took to twitter to remember his father who died the 7th of August 2011. Sharing his photos he wrote; 7 years today. Rest on Dad. Sam Loco Efe was found dead in a hotel room Sunday morning. No one know the cause of his death. The death is suspected to be asthma as ventolin inhalers were found beside him in the room. Top 10 funniest Nollywood actors and actresses of all time…

The room door was forced open after he failed to come down after retiring to bed the previous night.

Efe died without fulfilling the dream of taking a deserved rest at his Abakaliki, Ebonyi State farm house, one of his close friends revealed.

Kidnapper under influence of ‘Tramadol’ dozes off in victim’s compound