A quick look at Ramsey Nouah’s life: How he started, family, movies & you won’t believe how much he’s worth 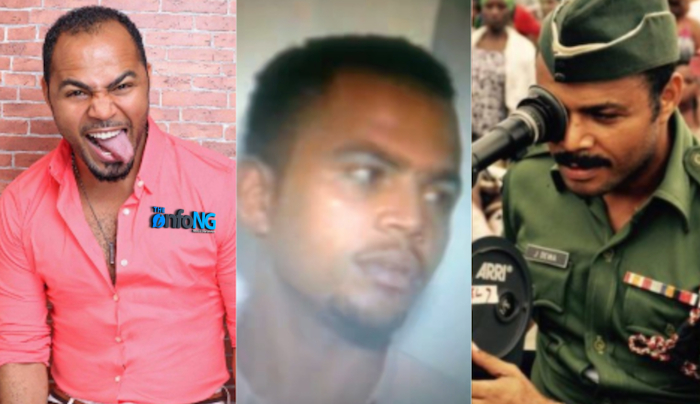 In today’s episode of ‘A Quick Look’, we take you on a journey into the life of legendary actor, Ramsey Nouah. Ramsey, who is 47 years of age and was born in Edo State (Not many people knew about this), is one of Africa’s most prolific actors and entertainer in general. One thing that stands him out is the fact that he really hasn’t been in any scandal, yet has been in the movie industry for so long a time! Wow!

He’s hardly in the news these days, as he prefers the low-key lifestyle; away from critics and pryers roaming the media-scape of Nigeria.

Ramsey Tokunbo Nouah is of bi-racial descent; born of Mongoloid/Arabian (Asian) and Negroid (black African) blood. His dad is an Israeli national, while his mother is a Yoruba woman from Ondo State in Nigeria. His parents gave birth to him in December 19, 1970 (he will turn 48 later this year). He was birthed in Edo State.

Ramsey’s mother, who is of Yoruba descent, gave him the name; Tokunbo, which is a Yoruba name. Though he was born in Edo, he spent most of his early life in Lagos and has been living there ever since.

As revealed by Nouah himself recently, he was the brand-face of the famous Nigerian Margarine (butter) brand, Blueband. This was around the time when he was only 8 years of age.

Despite having dual nationality by birth, Ramsey has decided to fully adopt his mother’s nationality; Nigeria. He revealed this himself, when he pointed out that he possesses only the Nigerian passport and none of other nation(s).

Ramsey started his educational sojourn in Atara Primary School, located within his resident community in Surulere, Lagos. Upon graduating from the basic school, he was admitted into the Community Grammar School (CGS) in Surulere, for his secondary education.

At the tertiary level, he attended the University of Lagos, where he studied Mass Communications.

Have you read: A quick look at Tonto Dikeh’s life: How she started, surgery, movies, scandals, messy divorce + money in her bank

Prev post1 of 3Next
Use your ← → (arrow) keys to browse
Tags: countdownentertainmentnollywoodRamsey Nouah
Share13Tweet8Pin3SendShare