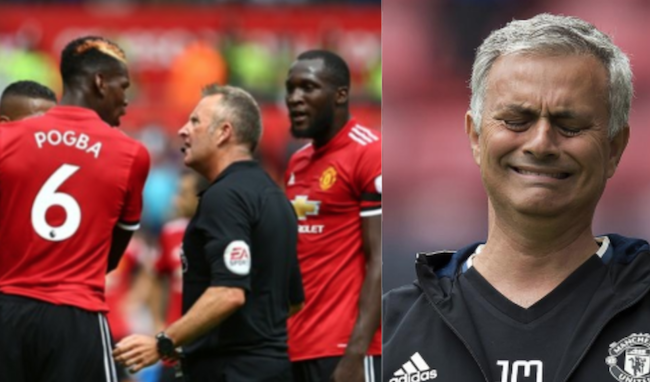 No matter how good a manager you are, you need to know that an influential player in your squad can change the mindset of other players in your team, and that’s what Mourinho may have forgotten. After their draw in Wolves, Mourinho voiced out his anger towards Pogba’s style of play and condemned him for saying, the team didn’t play offensive.

In their next match, against Derby, which they lost on penalties and saw them kicked out of the Cup, he expressed his frustration at his side’s performance and somewhat blamed his players again. It was even reported that he vowed Pogba will never wear the captain arm band as long as he managed the club, also, allegedly put Pogba on sale days later.

In fact, the price tag of only Paul Pogba is enough to secure the services of 4 to 5 or if not 7 West Ham footballers, but what do I know?

On Twitter Nigeria and Worldwide, #MourinhoOut has been trending since their very disappointing performance against WestHam today.

Truth is, the Manchester United team are not playing to full capacity, maybe to prove a point to the board, and this point is definitely a change of management. Remember what happened in Chelsea years back?

These days, footballers have a major say in who gets to manage them for long, regardless of how reputable a manager you are.