Shittu admits non-participation in NYSC, insists he did not breach the law by becoming minister 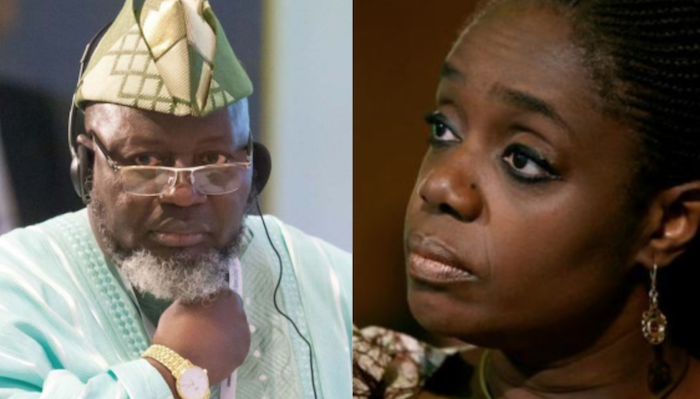 The Minister of Communication, Adebayo Shittu, has admitted that he did not participate in the mandatory one-year National Youth Service Corps (NYSC) scheme after graduation from the University of Ife, now Obafemi Awolowo University, Ile-Ife, Osun State.

Reacting to allegations making the round that he breached the NYSC rule, the minister insisted that his case is not akin to that of the former minister of Finance, Mrs. Kemi Adeosun.

Shittu, who spoke with reporters after his screening by the Adams Oshiomhole-led National Working Committee (NWC) of the ruling All Progressives Congress (APC) in Abuja, yesterday, claimed that his service at the Oyo State House of Assembly was a much “higher service” compared to that of the NYSC.

He said contrary to notions in certain quarters, he did not infringe any law in the constitution of the country, insisting: “Nigerian Tribune even reported that I left university in 1979, but in actual sense, I left in 1978, and left Law School in 1979 and the constitution says anyone who qualifies to contest an election or who has gone through an election and wins, is obligated to move through the House of Assembly, which I did for four years.

“So, it is a form of higher service as far as I am concerned, and even now, I am still in service.”

On whether he might have violated any law, the minister said: “I don’t see and I’m not worried. Do you see any worry on my face? I don’t think, so except someone has a superior argument and prove it.

“There are walls of difference. Unfortunately, Kemi had a fake certificate, I didn’t present any, I didn’t have one, I simply followed the constitutional requirement that if you are qualified to contest an election, it is compulsory for you to serve the nation in the capacity that you won an election.”

Meanwhile, the Peoples Democratic Party (PDP) has asked President Muhammadu Buhari to immediately sack the Minister of Communication for dodging the compulsory one-year national service and begin the process of his prosecution.

In a statement released by its National Publicity Secretary, Kola Ologbondiyan, yesterday, PDP said the open admittance by the minister that he did not perform the national service further validated its position that Buhari has many persons of questionable character in his cabinet.

The party further stated: “President Buhari, in appointing fraudulent persons to hold key offices in his government, has shown that he has a weighty integrity burden,

“President Buhari should provide answer to allegations that such individuals are being used as henchmen to fritter away trillions of naira from our treasury to service All Progressives Congress (APC) interests and the Presidency cabal.

“Nigerians know how President Buhari refused to sack, let alone prosecute the erstwhile minister of Finance, Kemi Adeosun, despite her culpability in certificate forgery and how the agents of the Federal Government escorted her out of the country to prevent her from opening up on the humongous corruption in the Presidency.

“President has also not declared why he has refused to sack or prosecute his Special Assistant on Prosecution and Chairman of the Special Investigative Panel for the Recovery of Public Property, Chief Okoi Obono-Obla, despite declaration by the West African Examination Council (WAEC) that he parades a fake certificate.

“This is in addition to official cover, which the Presidency provides for corrupt officials in various sectors, including the Petroleum Ministry, where over N10 trillion is alleged to have been stolen under fictitious contracts and sleazy oil subsidy deals, as well as the National Health Insurance Scheme (NHIS), where indicted officials were reinstated by the Presidency.”

The statement added: “The effrontery with which Shittu is trying to justify his crime against the nation speaks volume of the impunity in the Buhari administration.

“It is very sad that the corruption of the Buhari administration have continued to smear our nation in the international arena, leading to the current dearth in foreign direct investments and development partnership to our country.”

The party tasked the Police to immediately charge Shittu and the President to note that Nigerians have lost confidence in his anti-corruption fight.

How I found N106,000 cash on the road in Ilorin — Nigerian student narrates (With Photos)