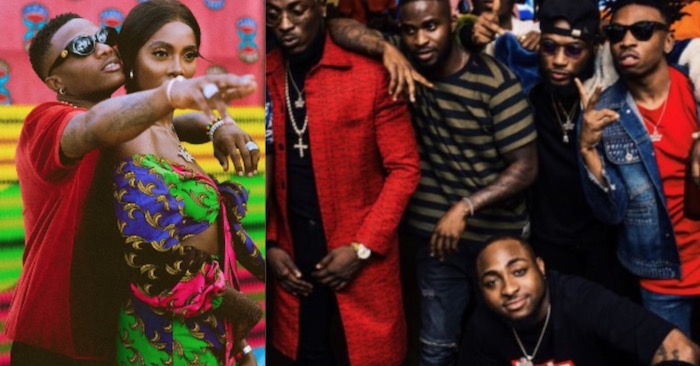 Another day, another drama. We just watched a video that was posted on Instagram by a friend of Teebillz. And this video has gotten Nigerians asking the same question, “Is Teebillz subtly shading Wizkid and his estranged wife, Tiwa Savage?”.

Fans, after watching the video, reacted in a somewhat cohesive way. Majority of comments put up on the post, suggest the same thing;  Teebillz intentionally danced to Davido’s Fall song to spite Tiwa and Wizkid.

And their guesses might be right because, if Teebillz actually endorsed the visuals of Fever video, he could have recorded himself dancing to the music, or better still, even condemned people talking negatively about Tiwa Savage, but he has kept mum until this video was uploaded online.

This video is the first public image of Teebillz since the cuss and hate which has been thrown to his estranged wife, Tiwa.

You don read: See how Wizkid made N253million in just one night – Starboy’s STEW is HOT!

Remember that, Davido’s camp, through one of his DMW crew member,@Aloma_DMW, shared some reasons why Davido’s Assurance shouldn’t be compared with Wizkid’s Fever, and one of the reasons he addressed was morality. After listing all the reason, he commiserated with TeeBillz for being disrespected that way.

So, it’s only logical Teebillz pitches his tent with Davido’s camp since they lent a supporting voice to his travail.

Bambam reacts to rumors of domestic violence in her marriage (Photos)