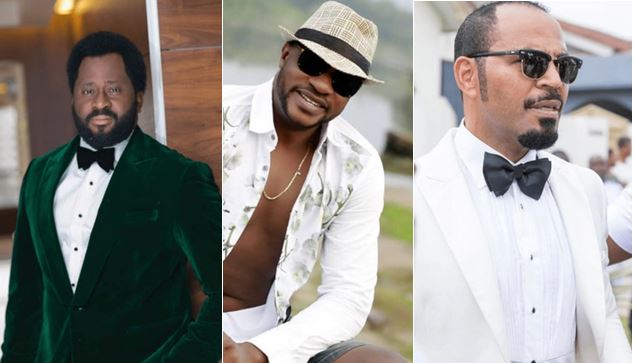 They say that men love by eyes. However, the appearance on the screen of a handsome man makes a female spectator for a few seconds forget about her husband or boyfriend. There is the influence of beauty. Some of this actors don’t in anyway look like they are from the western part of the country as some people will put it. I bet this list is full of surprises. So we bring to you the top 10 most handsome Yoruba actor.

He is talented and devilishly attractive. To look at him is a pleasure! This man is an icon for many, so there is no wonder that he is on the list of the most attractive actors of Yoruba origin.

Kunle Idowu is a Nigerian popular actor and comedian, also he works as filmmaker and photographer. For publicity, he is best known as Frank Donga. His best-known work, which has brought him success and popularity, is a web series “The Interview”, where he starred as a feature character, an unpretentious jo-seeker. This skit has brought him Best Comedy Actor award Africa Magic Viewers’ Choice Award in 2015. Also, he was nominated for Best Actor in a Leading role at Africa Movie Academy Awards in 2018 and for Best Supporting Actor at Africa Magic Viewers’ Choice Awards in 2018.

He has some kind of inner incomprehensible power, terrifyingly striking. He has a very attractive appearance and gorgeous smile!

Prev post1 of 5Next
Use your ← → (arrow) keys to browse
Tags: countdown postnollywoodphotostop 10 most handsome Yoruba actor
Share25Tweet16Pin6SendShare