‘I changed your life, you were an ugly Ajegunle boy when I met you’ – Basketmouth’s wife, Elsie (Video) 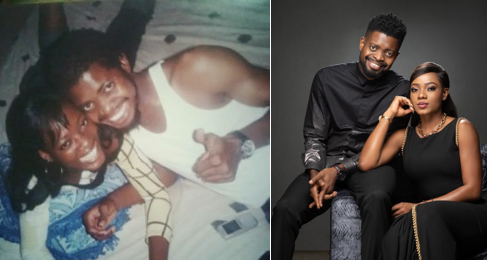 The video is quite an expose to the interesting events that led up to where they are in their marriage today. Basket Mouth says Elsie gave him a wrong phone number and when he called, some strange guy picked up. Elsie also revealed that sh he was a huge fan of Basket Mouth but still gave him a hard time when he tried to woo her.

According to her “Babe I had to do small shakara now”