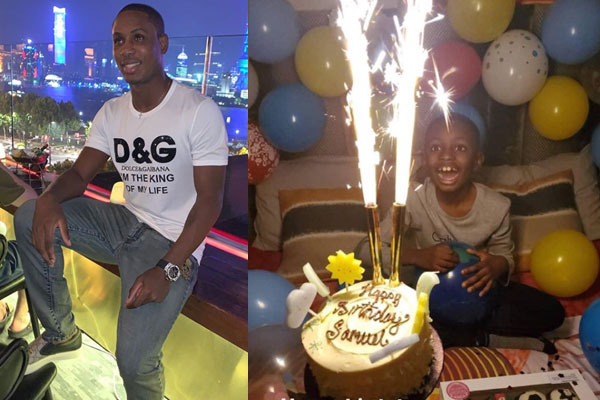 Former Super Eagles forward and Shanghai Greenland Shenhua star, Odion Ighalo has taken to social media to share photos of his son Samuel as he turned a year older today October 17, 2019. The dotting dad could not hold the joys of fatherhood to himself as he shares beautiful photos of his son and accompanied them with a heartfelt caption:

See more photos of the birthday boy below.

In other news, GWW Entertainment has reopened the legal battle between the label and it’s former signee, Kizz Daniel whose former stage name was Kiss Daniel.  The Label in pursuit of this course has engaged the law firm of Olisa Agbakoba Legal, led by Senior Counsel, Dr Olisa Agbakoba, SAN, to prosecute its claims against the Artiste. Read more below: