by San O.
in Sport

Everton midfielder Andre Gomes suffered a terrible leg injury during the Toffees’ 1-1 Premier League draw with Tottenham on Sunday,  The Portugal international was tackled by Son Heung-min, who was sent off, before landing awkwardly and falling into Tottenham full back, Serge Aurier.

The South Korean was shown a straight red and was immediately fell to tears after seeing Andres Gomez spilling foam from his mouth. 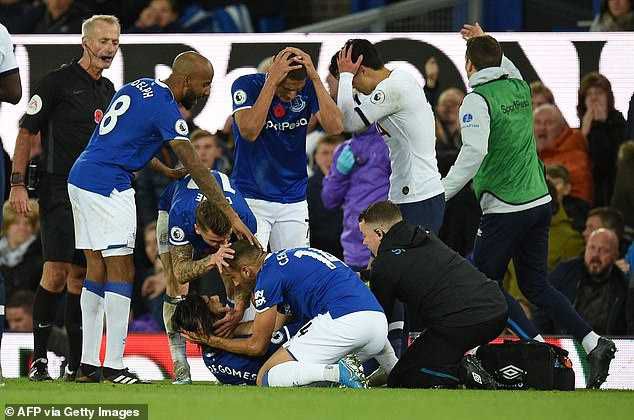 Tottenham and Everton players were left distressed by the incident as former Barca player needed immediate medical attention. He left the field on a stretcher to the applause of Goodison Park.

Several players began to panic when they caught a glimpse of his ankle, which was twisted 90 degrees to the right from its normal position. watch the video..

Son Heung-min is sent off for a tackle on Andre Gomes, who is stretchered off with a horrifying injury, with both sets of players are visibly distressed.