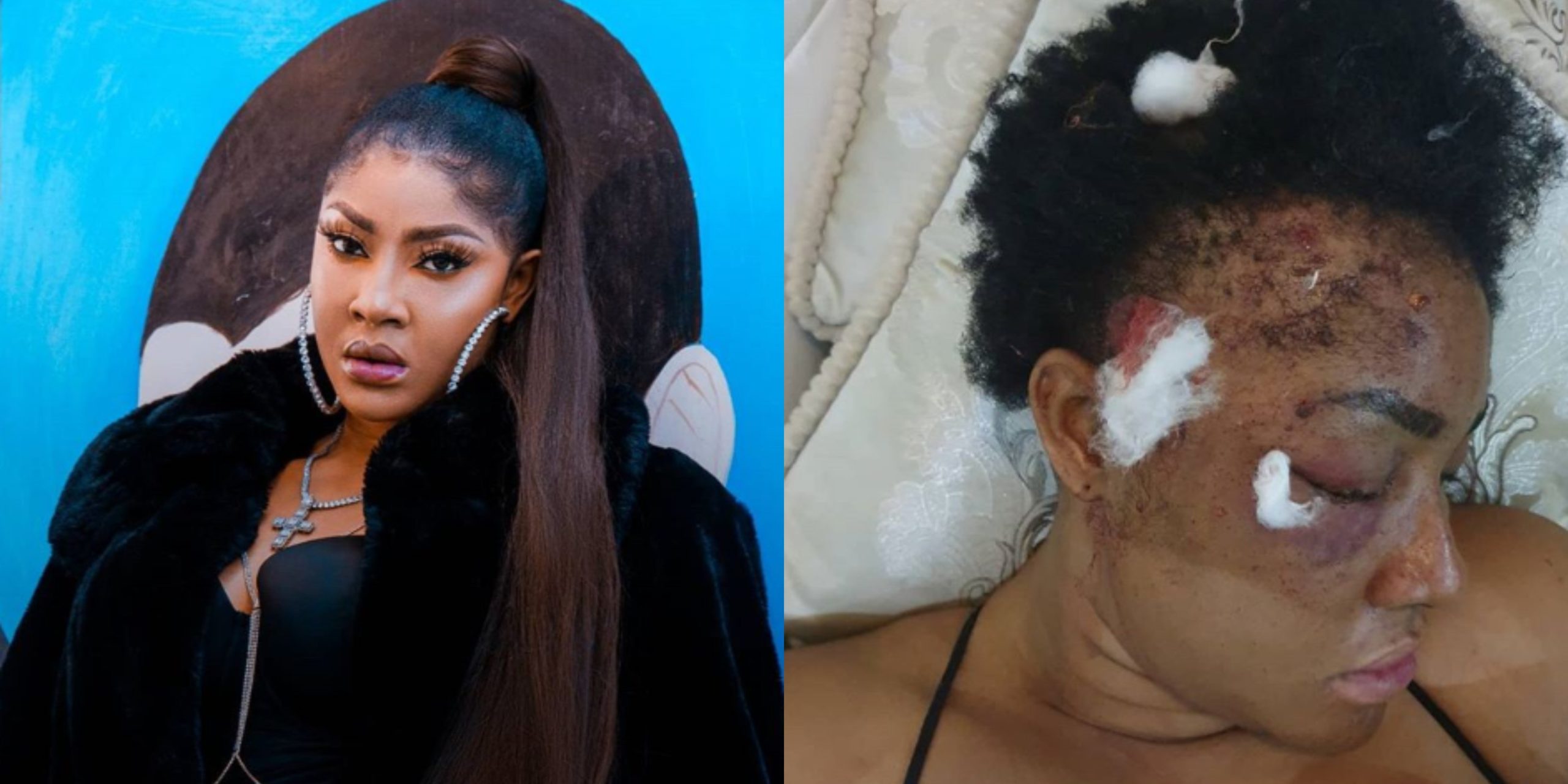 Angela Okorie’s lingering gunmen attack story is not going down the trends charts anytime soon. This time around the beautiful actress has sent out a caveat to those peddling fake accounts of the attack she suffered from yet to be identified persons last weekend, to desist from it.

In a post shared on her Instagram page, Angela said men of the anti-kidnapping squad are watching and would pick up anyone who posts fake news about the incident. Read her post below

So the story would have been
“ANGELA OKORIE died after putting a smile on the face of her fans after performing at the @infinixnigeria show on 12/12/2019 (Godforbid I Reject it in Jesus name ) They are angry I survived it hmmmmm
Ok ooooo some people made a video Saying I was lying, that it was framed up Even as video was shown how the pellets Was removed , they still insist I was lying Listen y’all I am not here to banter words with any1
But to warn those of you carrying fake news About Angela Okorie Anti kidnapping squad is on this case
And they are picking up.anybody that is involved or take up fake news about this incident fake bloggers
Fake accounts continue , open more fake accounts, just know you can’t hide for too long,
Who ever that comes out to say contrary to what happened to me should provide us with their evidence , else you will go in for it. It simply shows you know the way about of the criminals, and you must provide them or you go in for it. All I need now is your support and prayers Not mockery Be warned!!!!!!!!! Be warned!!!!!!!!