Chidinma Ekile seems to be pulling massive attention with her pregnancy-like bump that was obvious to the public in a new photo of the singer that surfaced online.

When it comes to female celebrities and pregnancy, the fans always has a lot to gossip about at the sight of any slight bump in their tummy, whether it’s a baby bump, a food bump or a bump created in regards to the camera angle.

Chidinma Ekile is currently dealing with an annoying inquiry on whether or not she’s pregnant. The enquiry started when Flavour shared a photo of himself with Chidinma from a set of a video shoot.

See the photo and reactions below; 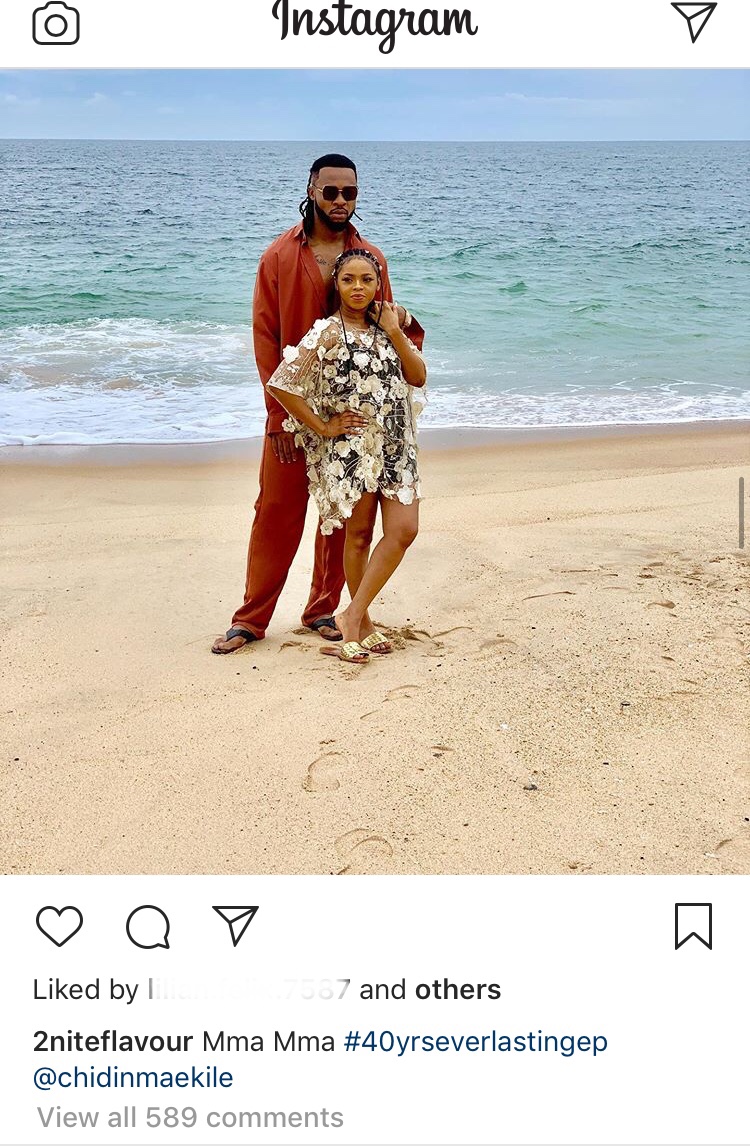 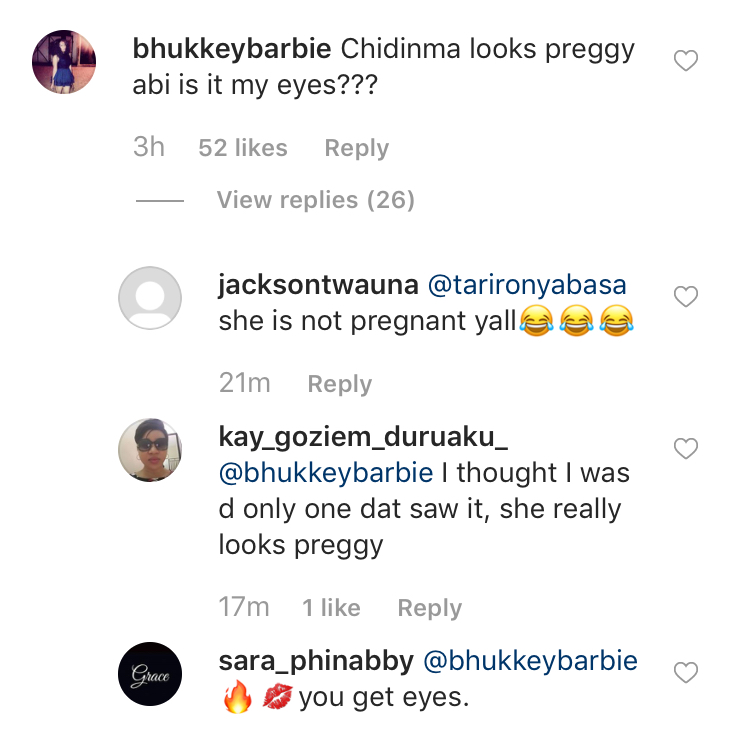 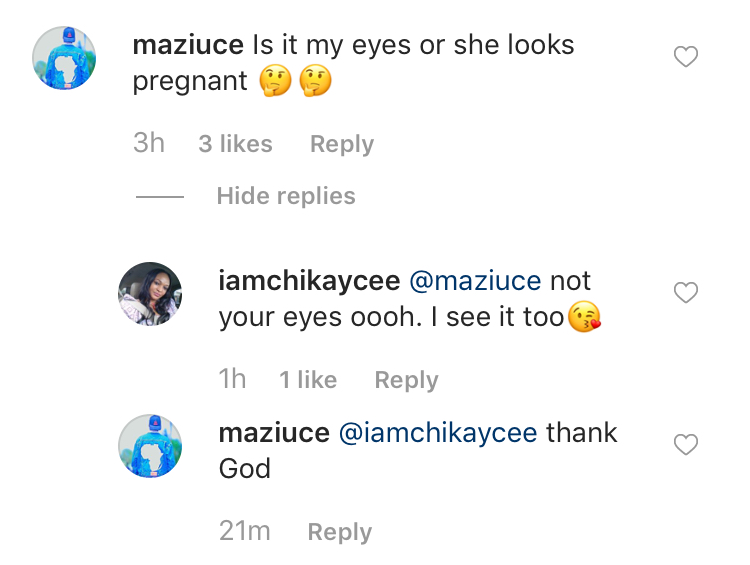 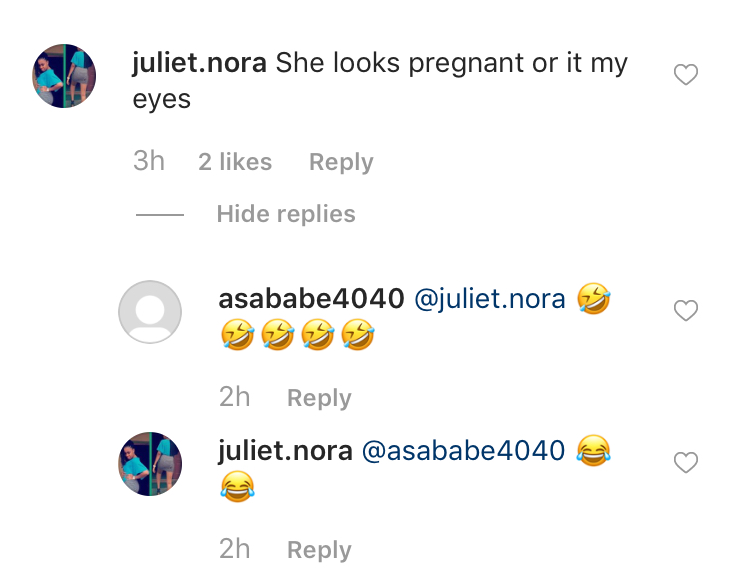 Chidinma nearly broke the internet several months ago when it was reported that she was dating FLYBoi singer, Kizz Daniel. It’s very obvious that her fans have a keen interest in her relationship life and what she’s up to about that.

“If you’re dating a fine person and you love your health, please don’t go through their phones” – Chidinma dishes more relationship hints.

‘If I must brush before kissing you in the morning, we are not meant for each other’ – Chidinma

10 photos that prove Chidinma loves being experimental with her hair