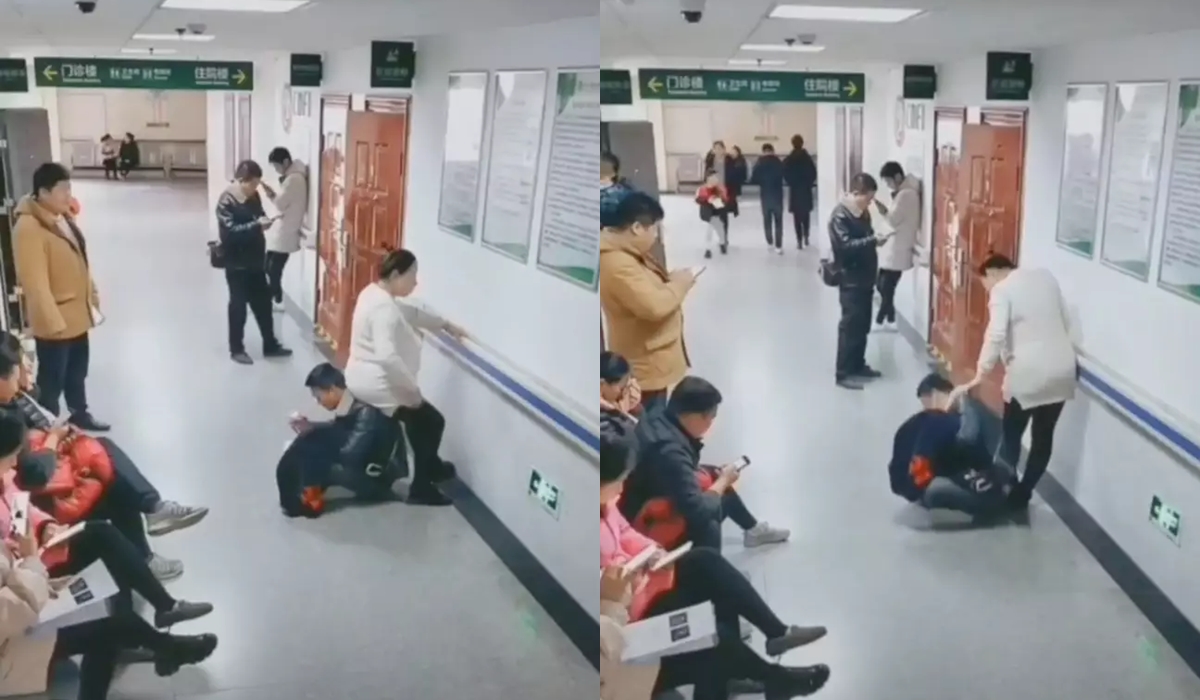 A selfless husband in China has gone viral after video footage emerged, showing him offering up his back as a chair for his heavily pregnant wife.

The tired and heavy mother-to-be could not get anyone to vacate their seat for her and as such her husband went on all four and made her sit on him.

The expectant mother sat on her husband’s back while holding onto a railing on the wall for a balance.

Not done with his care for her, her darling husband later handed her bottled water to be sure that his wife will not go thirsty during the long waiting period before she can see a doctor.

The heart-warming video was shared by the police of Hegang, a city in the province of Heilongjiang in north-eastern China.

The video was shared on the official account of the Hegang police recently and it has gathered over seven million likes.

In the caption accompanying the video, the police condemned the onlookers at the hospital, many of whom had their eyes glued to their phones rather than help the needy heavily pregnant woman.

Watch the heartwarming video below:

Is Tonto Dikeh Pregnant For Bobriksy? See viral photo that has got everyone talking

Aubameyang Ready To Quit Arsenal After Pulling Out Of Contract