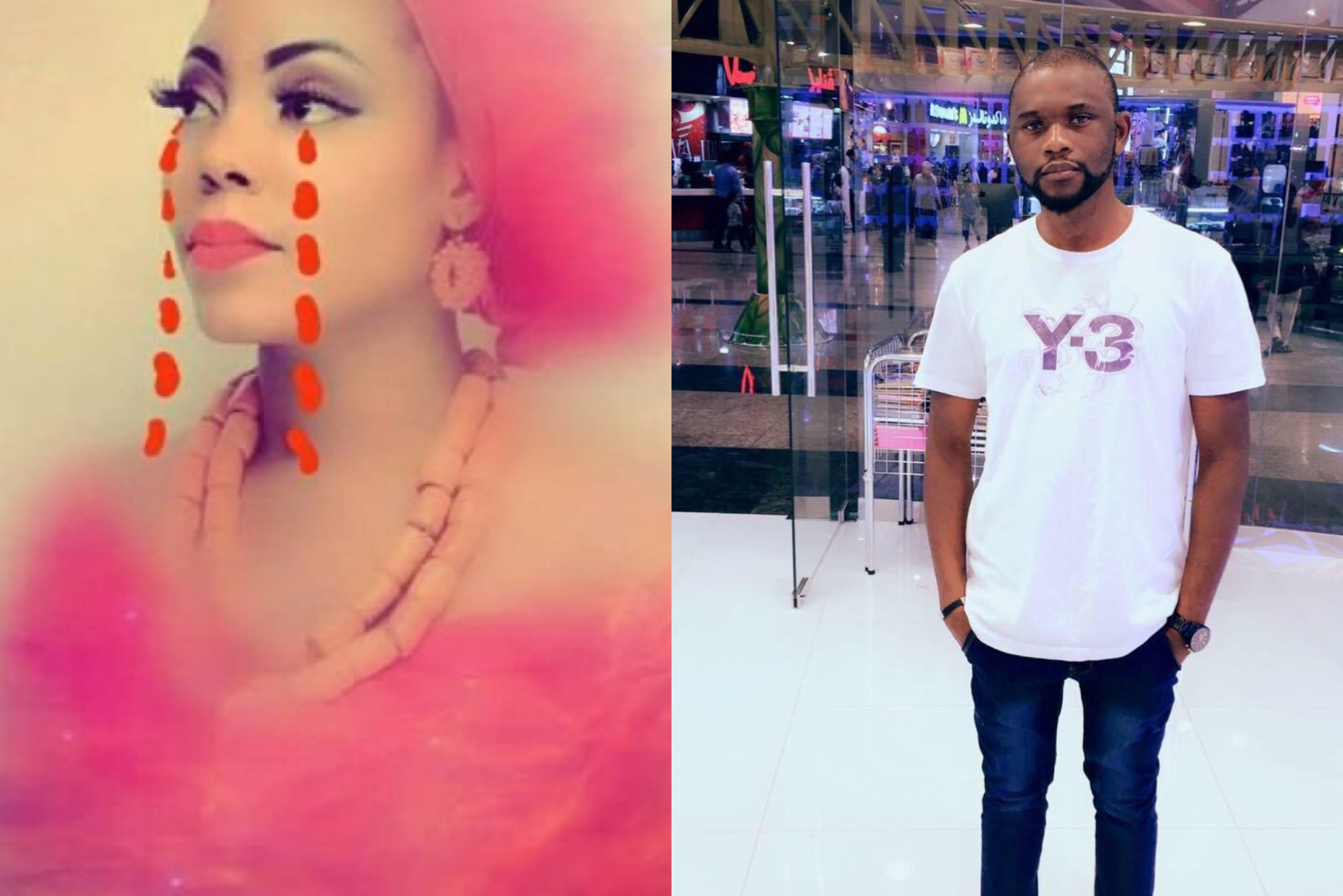 A Nigerian lady has come out to lay rape allegations against a Nigerian man named Emeka Gabriel Oboh. The lady identified as Anita took to Twitter to share the horrible rape experience she suffered in the hands of her course mate at Nnamdi Azikwe University.

The lady didn’t disclose the date and exact time the incident happened but it all started when she went to the accused house for some handouts and got stranded there after an unexpected rains began. The rains and bad state of the roads leading to his house  prompted her to sleep over at his place before the incident happened. Read her story below:

My name is Anita and I was raped by the man in the pictures below, EMEKA GABRIEL OBOH

I’ll be very brief about this, on the sad day of the incident, I spoke with the rapist who was my course mate about coming to pick up a hand out, our discussion was based on academics. When I was done with what I needed to do in town before leaving for my hostel which was far.

I arrived his place of abode but, met his absence. His apartment was open & I was of the opinion he was in close proximity. I put a call through to him, he picked up from a noisy background and immediately told me he was on his way back & talked very hastily. He didn’t show up…

And I was just few minutes to taking my leave hence postponing my cause for stopping by so I put a call through to him for the second time and he began apologizing, saying thus, “he was trying to handle something and would be back SOON”. It was just when I was about to leave

that an unpredicted heavy downpour with accompanying thunderstorm followed suit. I was stranded at this point, hoping it would come to a halt, instead increased at every second. This is the part I oftentimes find difficult explaining to people except if they had been there to see for themselves. There was nothing I could do and I was very sad about it. The road to his house was in a deplorable state, the chaotically heavy rain wouldn’t stop, I felt trapped but unknown to me, danger was fast looming.

He finally got back, drenched & dripping off raindrops & apologizing non-stop. He went on to sleep on the floor & I slept on the bed. I was dressed in a pair of jean👖 and a white long length top & after saying my prayers, I shutdown.

my stomach, my pulse raced. I immediately went down on my knees, crying, begging “Emeka, it’s me”, “Emeka, please don’t do this”, “MR E, please I’m still a virgin, please I’m begging you not to do this, please”. At this point, I was begging on God, the angels & saints to help me

but, before I could utter another word, things took a violent turn. He turned off the light, pushed me & began dragging me on the floor. THIS WAS THE GENESIS OF THE HORROR & TRAUMA I was exposed to. I fought back with my legs, tried to run to door in the dark but, he dragged me I was already screaming to attract his neighbours & this got him a lot more infuriated! This phase continued until I began to grow weak & eventually received the last thunderbolt of punch and I collapsed to the floor. While all of these lasted, I couldn’t even see in the dark Then I could hear voices and banging on the door, “Emeka open this door! Emeka, open this door! It seemed like they were trying to break down the door but, he paid deaf ears, slapped me again, then put his hands around the waist line of my jean 👖, tore it down! lifted my legs

up like a wild animal! The last scream I let out could bring down a building and this was when the defilement occurred, he ensured he succeeded at this before dashing to the door, I heard heavy footsteps, the lights came on and people were screaming…I lay in a pool of blood

I was lifted up from the blood,with people crying. I don’t even know how else to describe…
I’m sorry I’ll have to apply the brakes at this point because this is too much for a person to bear. I look back to that day and sink in a sea of regrets, I wish I knew better. I’m broken