A Wedding ceremony was reportedly cancelled after an HIV test was conducted during the ceremony and the groom tested positive to deadly virus. A Twitter user narrated the heartbreaking incident on the social media platform yesterday.

Read his narrative below;

A wedding was cancelled in the midst of wedding fatiha today cause the groom is found to be HIV+ in Jigawa. Las las people who attended the wedding had to leave the place with the wedding offerings (sweets and kolanut). This is what’s called Amarya ta “Tsallake rijiya da baya”.
Its an eye opener to all of us and a blessing to both of the, but it should have been done earlier to avoid most of the expenses incurred. May Allah make it easy for us all
Yea, I agree with you. B4 they were doing as you’ve suggested but they later came across a case whereby a guy was checked and found normal long b4 the wedding but after the wedding the wife was found infected by him meaning that he got the disease after they carried out d test…
That’s why the govt imposed the law that the test must be carry out on the wedding day (before it take place) and even the imams won’t take the risk of doing it (fatiha) without seeing the result of the test 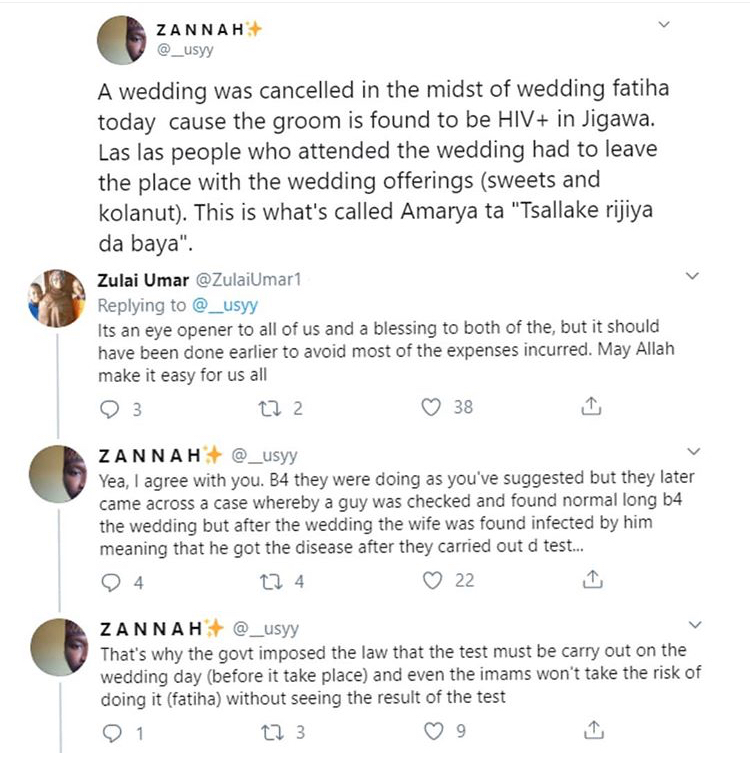