Wizkid is one of the fastest rising music stars in Nigeria, rising to an altitude that seemed to be unattainable but yet he did it. The Starboy however has a very rough past, especially his educational background.

Wizkid dropped out from different Universities while he was pursuing a Tertiary education because of one reason or the other. It was learnt that the Starboy was forced to withdraw from Lagos State University, LASU, because his CGPA was very poor. He went ahead to Lead City university where he later dropped out voluntarily to focus on his music career.

Now a fan who stated a random music fact about entertainers in the Nigerian music industry has alleged that Wizkid was expelled from Secondary School after he stole his mom’s gold chain.

Wizkid moved his mom’s gold when he was in SS2 Ijebu Ode Grammar School, Set 06/07, his mom came to school to report and he was rusticated. 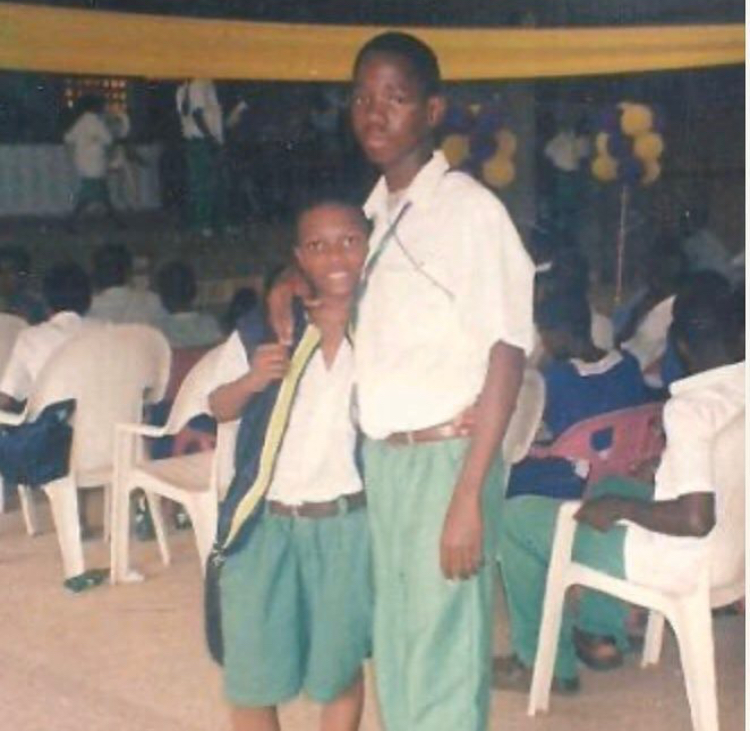 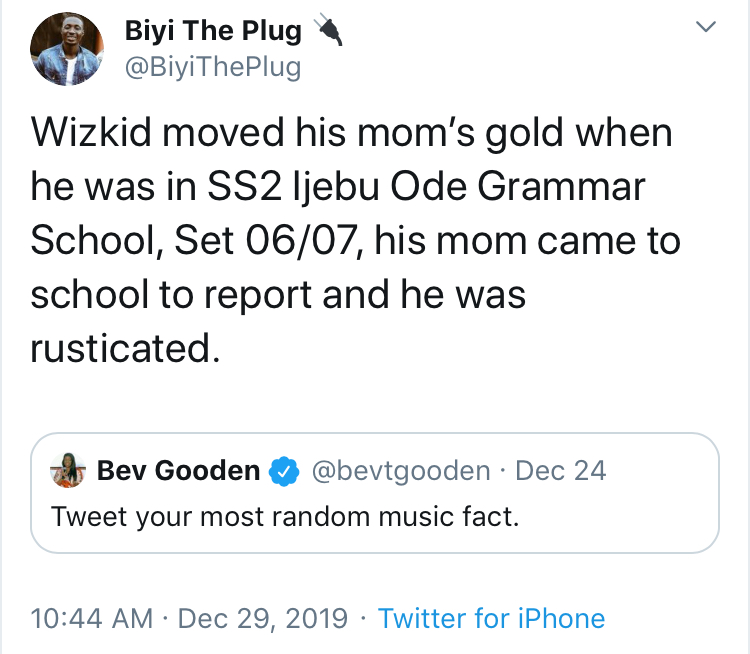