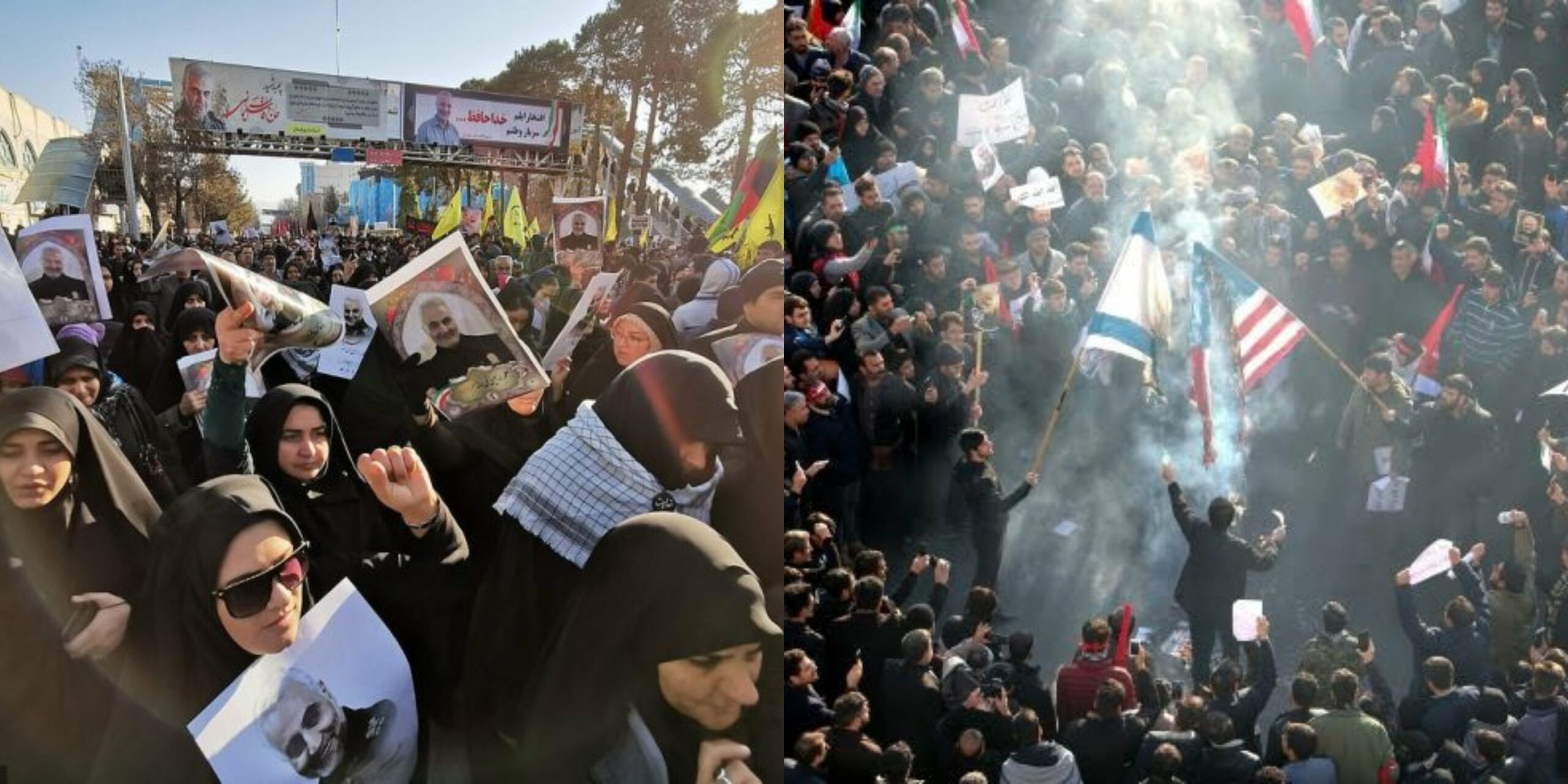 The three day mourning period to the killed Iranian general Qassem Soleimani which ended on Monday descended into chaos after thousands of people rushed to his home town of Kerman, rushing to see Soleimani’s coffin, and a stampede broke out which left 35 people dead and 48 injured.

The head of Iran’s emergency medical services, Pirhossein Koulivand spoke by telephone to state TV and confirmed that a stampede had broken out in the clustered streets of Kerman.

‘Unfortunately, as a result of the stampede, some of our compatriots have been injured and some have been killed during the funeral processions,’ he said.

Iran’s religious and political leaders have promised to retaliate the killing of Soleimani’s and the US has placed its military on high alert with President Trump vowing to hit Iran in ways the world has never seen before.