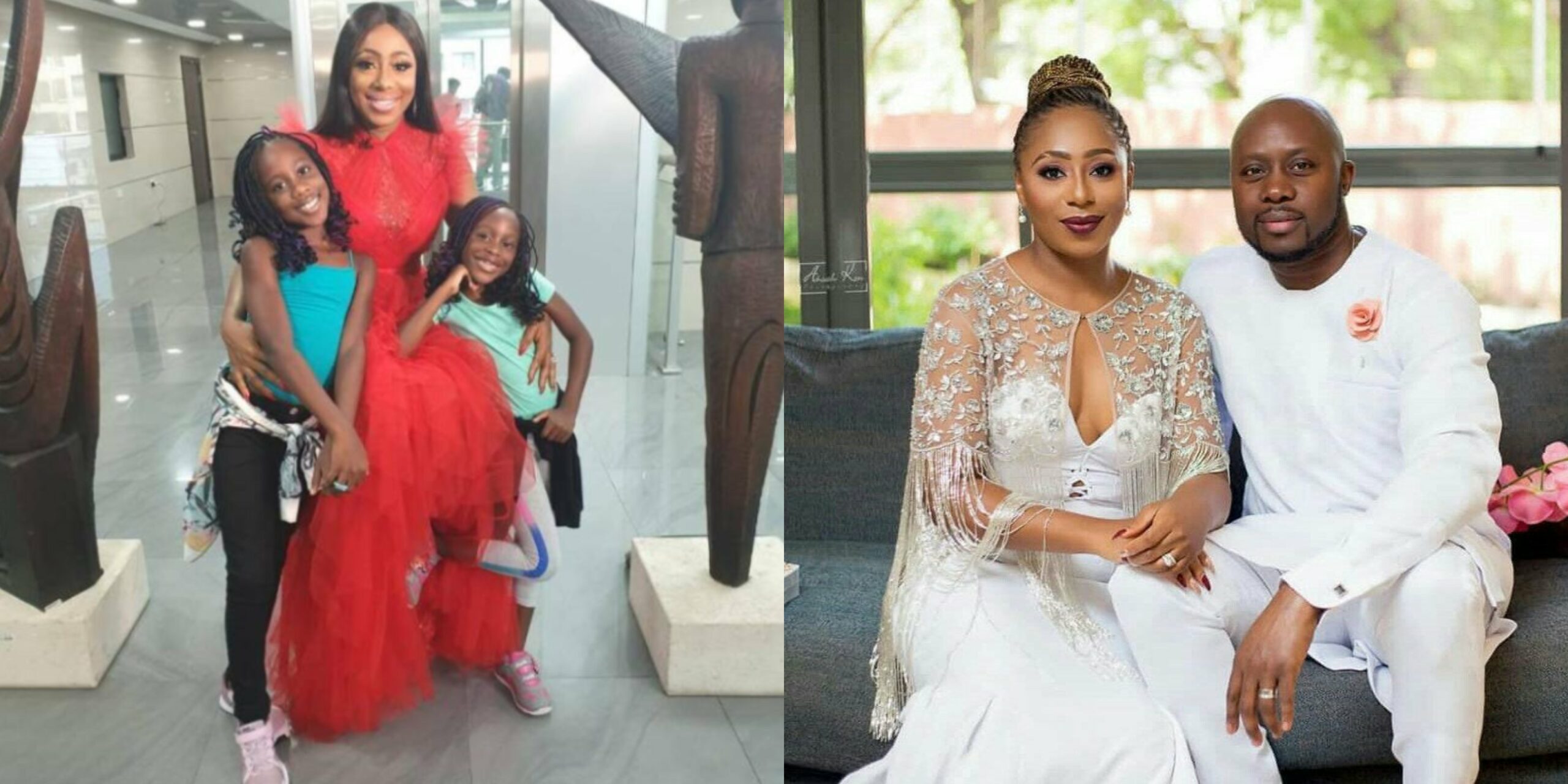 Beautiful actress and billionaire wife. Dakore Egbuson Akande is reportedly not having the best of times. The sterling actress who always does justice her roles in movies is reportedly facing challenges in her marriage. . According to reports, the couple has decided to end their 9-year marriage in a messy divorce due to irreconcilable differences

After 9 years of seemingly blissful marriage, Dakore had ‘only two daughters’ and her in-laws were not satisfied with that – they wanted more. At least a male child.

Don’t listen to haters, they won’t stop spreading lies about…

In an old interview, Dakore had revealed how she finds the balance as an actress, mother and wife to a Billionaire’s son whose family are allegedly demanding more from her

READ ALSO: Dakore Egbuson allegedly divorces husband, in a relationship with someone else

“It hasn’t been easy, I must confess. Taking the kids to school, trying so hard to get to location on time, sometimes I don’t even see my kids. I get home late and they had slept off, by the time I get up early in the morning to leave, I don’t see them, it was really tough. That’s why I tend to take time off whenever I finish a production, so I can spend quality time with my family. I need to be at home, be a mother and also a wife to my husband. This is the joggling we are talking about.

This is what most women do, especially if its a career you love, like I do. But we make it work, in every way we can.”

When she was asked if she’s planning to succumb to the pressure and have more kids, Dakore said she’s done with childbearing and never going back!.

“I have only two kids and I am done. I am alright. I am not planning for another.

Two girls. Yes! They are children, aren’t they? They are human beings, so please we love them like that.”