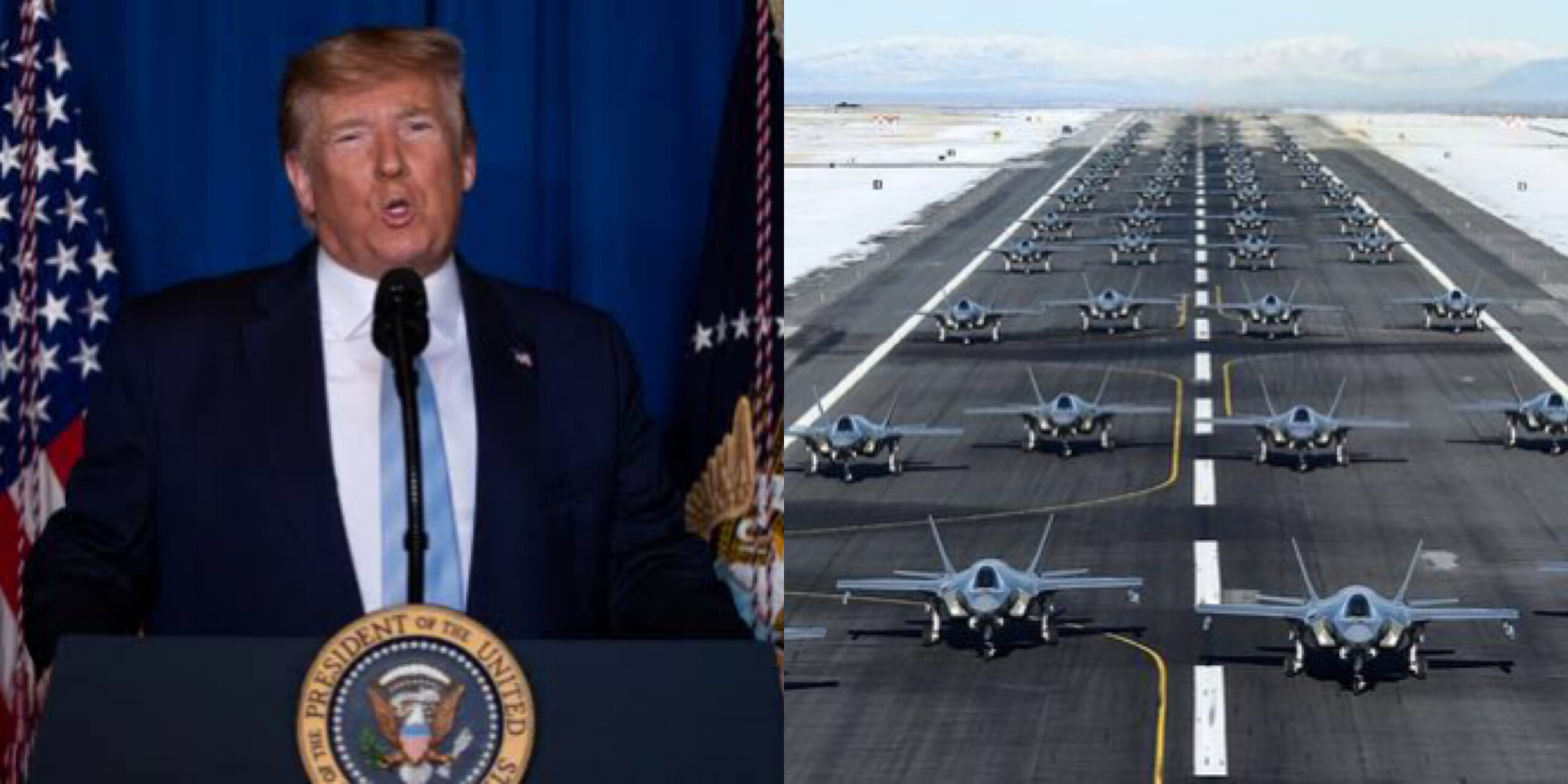 President Donald Trump has deployed B-52s with their sights set on Tehran, Iran. The US Air Force earlier today, sent a strong warning to Iran with a huge display of jet fighter to show their strength in armory.

The US Air Force has today, 7 January 2019 launched more than 50 fully-armed Lightning II stealth fighters in a single wave.

The 52 F-35A aircrafts, worth a huge sum of $4.2 billion, took off in simultaneously from the Hill Air Force Base in Utah. The exercise carried out by the active duty 388th and Reserve 419th Fighter Wings displayed the Air Force’s huge strength and sends a warning to Iran.

An elephant walk – a term for the taxiing of military aircraft before takeoff – was organized as part of the exercise. Technically the display had been planned for months, but in light of last week’s assassination of Iranian general Qasem Soleimani it took on a new significance.

‘How AS couples can avoid giving birth to SS child’, Nigerian lady reveals