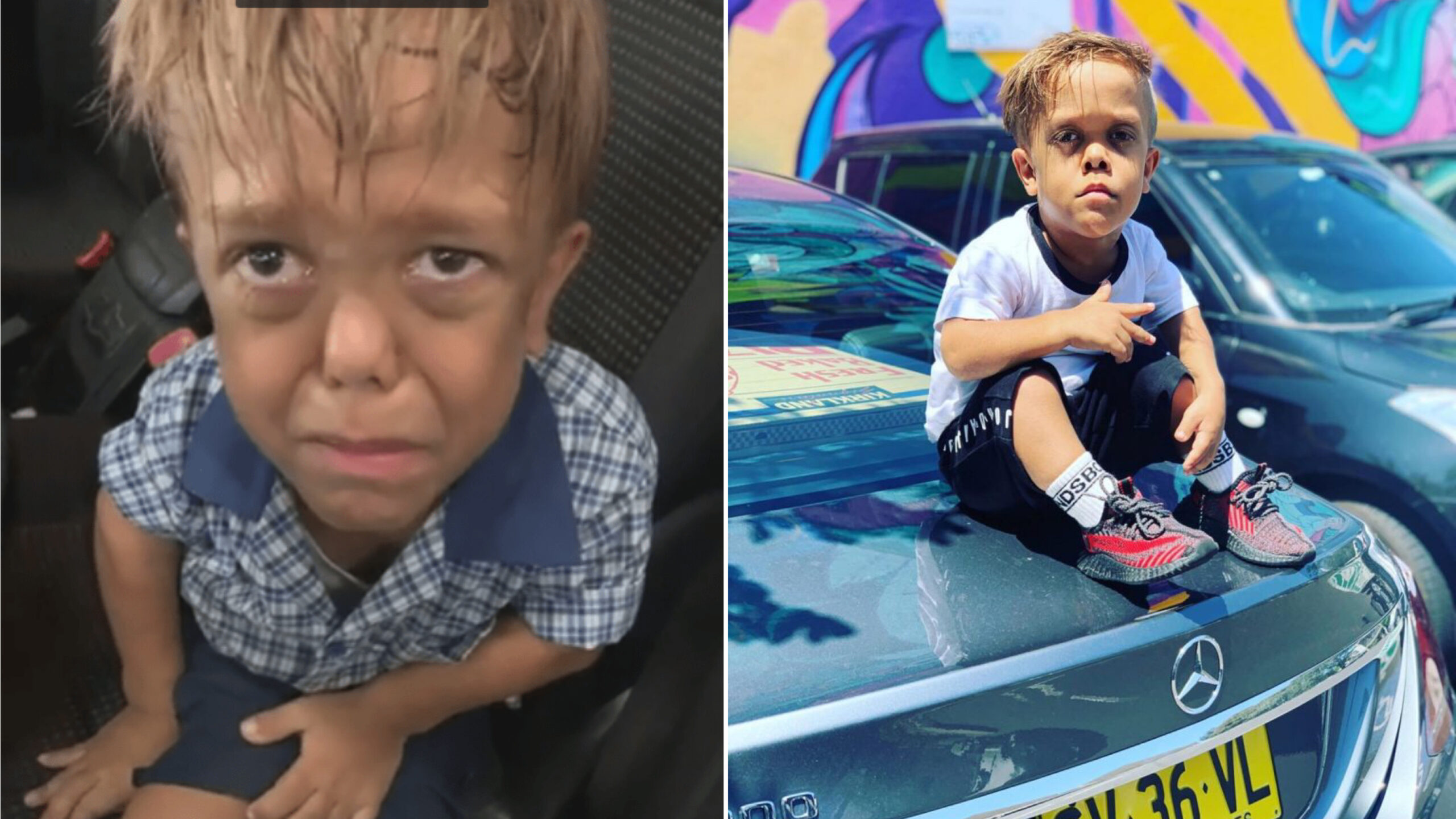 A video began making rounds on social media few days ago and it saw a young dwarf Quaden Bayles catch global attention with the video showing him in a school uniform crying, saying he wants to kill himself as a woman at the background, his mother, claimed he is a 9-year-old boy being bullied in school.

She stated that her son had tried to kill himself in the past and she called for parents to teach their children to stop bullying because of the effect on him and the entire family. She also decried that the ill treatment they get from strangers in public has had a negative impact on their son.

A new conspiracy theory just emerged and it is worth taking a look at. After several research, the alleged true identity of Quaden has been dug up. He is a rich model/actor/IG celebrity in Australia who is suspected to be 18-year-old and not 9-year-old as claimed. His IG page, quadosss, has over 266,000 following and pictures from his alleged 18th birthday was posted on the 18th of January. The heartbreaking video which was viewed over 16 million times caught the global attention and US Comedian, Brad Williams who also has dwarfism started a GoFundMe for him which raised over $200,000 donations to travel to Disney with his mother.