Big Brother naija winner, Mercy is on a kind of level that is far different from the one she was when she walked out as winner of the 2019 Big Brither Naija reality TV show.

Being the first female winner on the show, she walked out of the game house with cash prizes and an SUV car gift. Months after she has gifted herself with a brand new “Range Rover Autobiography” which is worth over 126 million naira.

Mercy who made history when she became the first woman to walk away with the grand prize of 60 million naira when she won the reality show some months ago took to her Instastories to flaunt her new ride.

The beautiful model while sharing a video of the new whip also shared the picture of the receipt which will excite most of her fans.

See video of the new whip below: 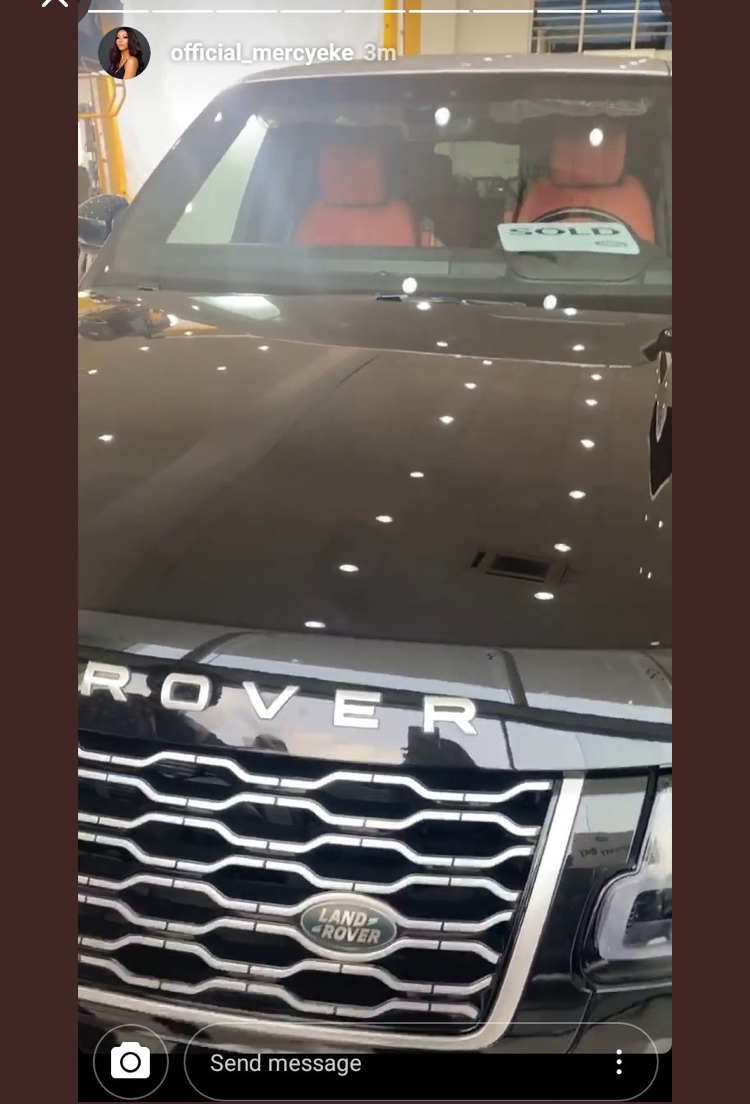 This proves wrong the assumptions that the reality TV star hit rock bottom in her new brand’s patronage regarding a post on her social media where she broods over low sales and friends not supporting her business. The Queen of Highlight as fondly called by her fans ‘Mercenaries’ made a clarion call after experiencing low sales in her brand while being left at the mercy of herself.